Goodbye to a Living Fossil of The Blues 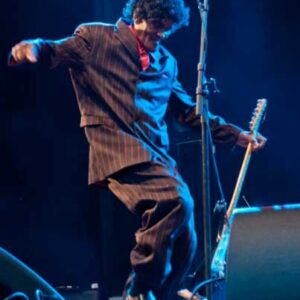 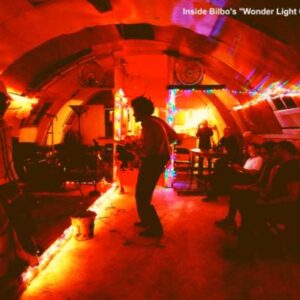 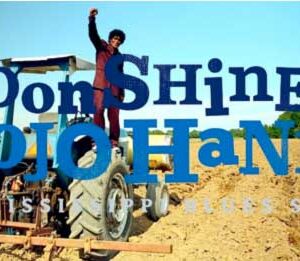 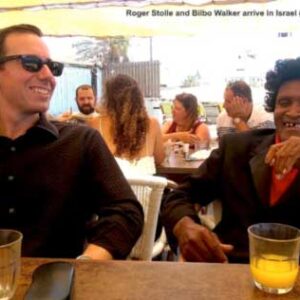 Born in 1937 Mississippi, Robert “Bilbo” Walker grew up much like Charley Patton or Robert Johnson. Pretty darn close to it, anyway. The family lived in a tin top shack in the flat, alluvial plain we call the blues Delta. No electricity or running water. (And don’t even think about phones, TV or internet.) An outhouse. Cotton fields, sharecropping and segregation. That was the world shared by those early generations of bluesmen. You had to make your own way. Or not.

Field work and family responsibilities meant that Robert received very little formal education and couldn’t read or write. But that never — not for one minute — stopped him from pursuing his dreams. He never backed down and never gave up. He was a hard worker and amazingly entrepreneurial — a self-made man who went from singing in Delta cotton fields, churches and juke joints to performing on Chicago’s famed Maxwell Street. Ultimately, his voice, guitar and personality took him to blues festivals around the world. He recorded records, appeared in documentaries and, near the end, even built his own juke joint — Wonder Light City.

It is a very big deal that one of the last culturally-connected, still-performing Mississippi Delta bluesmen of his generation has passed. It just is. But, there is also Bilbo Walker the person. The Character with a capital “C” — beyond the music. He was a true-blue bluesman with dozens of children and at least 77 grandchildren. He always dressed sharp and seemed to have a new car, truck, bus or RV to drive around in.

He was a funny guy who loved to laugh

I was fortunate enough to travel out East, down South and overseas with the wig-wearing, zoot-suit-sporting blues icon. And he was a blast. Always quick to talk, smile and laugh. He loved his fans and loved talking about his very large family. He relished telling a good story and was willing to laugh at himself when something went askew.

Talking “Geeses” on the way to Philly

A few years back, artist/musician Stan Street and I took Bilbo (along with Robert Belfour and Anthony “Big A” Sherrod) to Philly to perform on WXPN’s World Cafe Live radio show. On the drive to the Memphis airport, we saw hundreds of migrating geese in some of the fields running alongside Highway 61. It got Bilbo thinking. During our layover in Atlanta, he told us a hilarious story that went something like this. Pardon the dialect, which he really played up; I’m just trying to do his storytelling justice:

“I was driving on Delta Avenue one day, just out from downtown Clarksdale. I looked out to my right, and said to myself, ‘I’ll be darned. Look at all those geeses. There must’ve been a hundred of ’em. I said to myself, ‘I’m gonna get me some!’ (He made a motion with his hands as though twisting a neck.) So, I drove my truck into this park where they were and noticed they weren’t afraid of me, so I drove right up to ’em. I got out, real slow like, and they just let me walk right out into the whole pack.

So, I’m looking for some big ones and thinking about how I’m going to [acts out twisting their necks] like this, you see. I got way out into them. Boy, there was a whole bunch of geeses. Suddenly, one of the geese — he must’ve been the leader — signals the others. He yells, ‘Aww! Aww!’, and they all started attacking me! They came from everywhere, jumping on me, biting me and trying to pull me down into the pack. I was fighting them off, and I’ll tell you the truth, now. Lord, I thought if they pulled me down, they were going to kill me! I fought my way back to my truck with them hanging on me, tearing up my pants, bloodying up my suit. I finally got back in, and they’d hurt me, now. Pull meat off me! I drove straight down to the police station and reported them. And do you know what those policemen did? They laughed at me! [Bilbo laughs.] They laughed. And then the game warden came down and told me I shouldn’t have been messing with them, to begin with — something about ‘poaching.’ Now, today, whenever I see some geese, if I’ve got my gun, I just shoot at them to get revenge for the ones that attacked me. They all know each other, you know.”

That night at the hotel in Philly, the whole band dined together. It was a Chinese restaurant, so after watching Stan and I for a couple minutes, Bilbo sat down his fork and attempted to use chopsticks. That elicited almost as much laughter as his story about the day he got goosed.

I took Bilbo to Brazil once for a two-week tour, starting in Recife and ending up in Porto Alegre. We ate out every night, and like clockwork, Bilbo would always eat about half of his meal and request a doggie bag for the rest. He’d take it back to his hotel room, get up in the middle of the night, heat it up in the microwave and enjoy a second feast.

The final night of the tour, he ordered what was essentially a chicken-fried steak. As was his habit, he bagged up half of his meal and took it back to his room.

The next morning, as we sat in the hotel lobby awaiting transport to the airport to fly back to America, he turned to me and said, “You know, a strange thing happened to me last night.” I’m thinking, ok. I’ll bite. “Oh yeah?,” I said, “What happened?”

“Well, I woke up about two and thought about those leftovers. Mmm mmm, that was a good dinner! So, I pulled that steak out of the fridge, put it in the microwave and hit some buttons. But nothing happened. I hit some more buttons, and nothing happened. Then, I couldn’t get the door of the microwave back open. I still couldn’t when I got up this morning. I sure did want that steak!”

I’m like, “Huh?,” because I knew our rooms didn’t have microwaves. I asked a couple more questions and then burst out laughing — as did Bilbo. Turns out, he locked his leftovers in his hotel room safe and pushed some of the numbers on the front hoping to “turn it on.” We laughed about that all the way back to Clarksdale and on every trip we took after that. I can’t even imagine what the maid must have thought when she opened that safe only to find — heavy beef.

Roger Stolle is owner/proprietor of Roger Stolle Cat Head Delta Blues & Folk Art in Memphis, TN and has been involved in and/or produced in various projects such as Moonshine & Mojo Hands web TV series, We Juke Up In Here and M For Mississippi blues films, Hidden History of Mississippi Blues book and the Juke Joint Festival in Clarksdale.