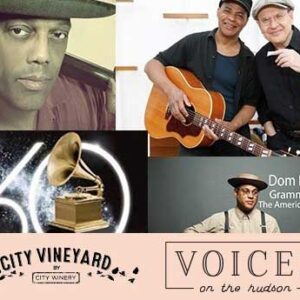 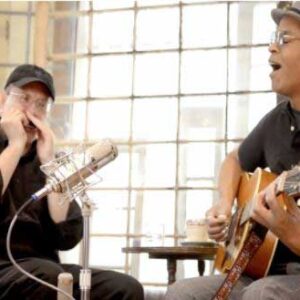 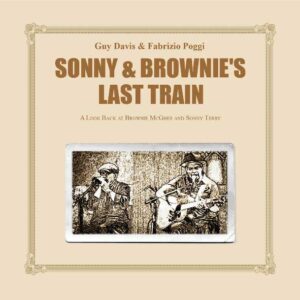 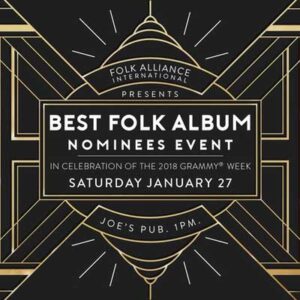 (NORTHPORT, NY) – This weekend, Guy Davis will be performing at a couple of events to celebrate his first GRAMMY nomination in his storied career. The nomination is for Sonny & Brownie’s Last Train in the Traditional Blues Category. Ambassador of the Blues, Guy Davis and international harmonica sensation Fabrizio Poggi will be performing at the Folk Alliance’s Nominee’s Event Saturday Jan. 27 in the afternoon. Also on the bill will be Olivia Chaney (Offa Rex) and The Secret Sisters, Anaïs Mitchell, Dar Williams, and Michael Daves.

In the evening, on Saturday Jan. 27, Guy Davis and Fabrizio will be performing at City Vineyard. The show is a fundraiser for The Music Makers Relief foundation. Other artist on the bill will be Eric Bibb, Fabrizio Poggi, Dom Flemons & special surprise guests.

This marks the first GRAMMY nomination in the 30 + year career for Guy Davis and also for Fabrizio Poggi. It is the sixth GRAMMY Award nomination for M.C. Records and the first since 2007. The award ceremony will take place in Guy’s hometown of N.Y.C. on January 28 at Madison Square Garden. Here’s what Guy had to say when he found out about the nomination, “Wow! GRAMMY nominated! Ain’t that crazy? Fabrizio and I are jumping up and down.”

Sonny & Brownie’s Last Train is a love letter to the iconic blues duo. The deep, acoustic blues sessions took place in Milan Italy and were recorded live in the studio. The result captured the special musical connection that Guy and Fabrizio possess from the years of playing and recording together. You can listen and radio can download the recording via AirPlay Direct. Click here to enjoy!

The internet radio station Folk Alley recently recorded a session with Guy & Fabrizio and the engaging performance is on their website. You’ll be able to enjoy audio and video! Click the photo for a deep acoustic experience.

The syndicated radio program Music City Roots recently broadcast a performance that Guy & Fabrizio recorded in late March. You can click the here to check out the duo’s version of “Walk On.”