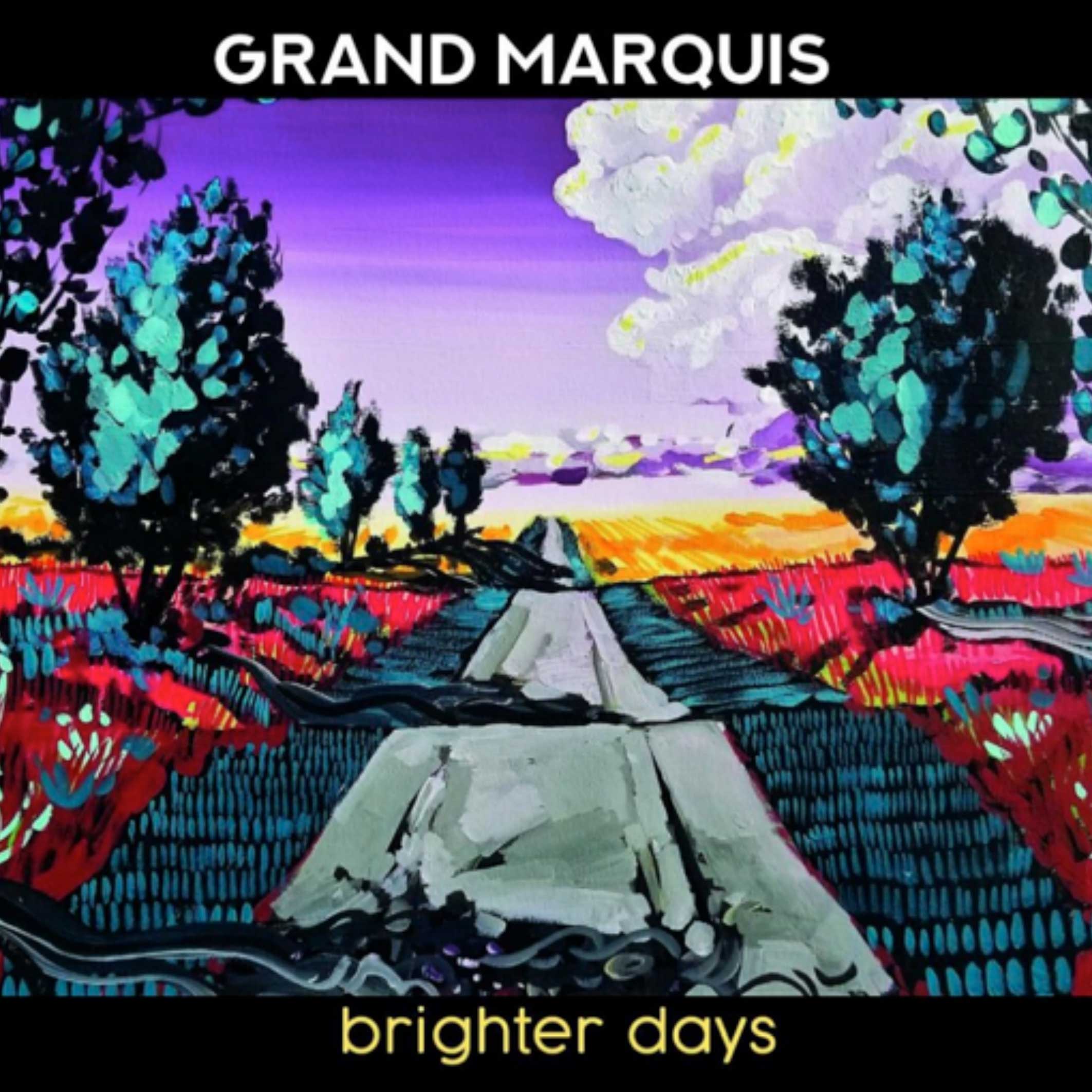 Formed during the jump blues and swing band revival in the late 90s in Kansas City, the birthplace of swing, Grand Marquis (Grand Mar-key or Grand Mar-keys) has established themselves as one of the hardest working bands in the region. The masterful six-piece horn band injects a vibrant relevance into their brand of jazz and blues music while delivering a classic, timeless ‘straight-from-the-speakeasy’ sound. The group made the finals at the International Blues Challenge in 2011 and their last album Blues And Trouble drew rave reviews including being voted one of the top three best self-produced recordings of 2013 by the Blues Foundation.

For their eighth release, Brighter Days, Grand Marquis explore the musical epicenters of Kansas City, New Orleans and Memphis that have influenced their twenty-year labor of love. Bryan Redmond (lead vocals, saxophone) deftly plays the role of ring master for the collection of seven original tracks and the inspired covers of a Jimmy Cliff classic and a gospel standard. Opening track “Another Lover,” kickstarts the journey by taking us to Soulsville with a genuine Stax records styled groove of infectious horn band power and phat back soul stew. The rhythm section of Ben Ruth (upright bass, sousaphone) and Fritz Hutchison (drums) then launch us headlong into the frantic jazz waltz “Brighter Days,” with Redmond pushing his baritone to dramatic effect sounding much akin to David Clayton-Thomas during the heyday of Blood Sweat and Tears on the prophetic tale of “unbridled passion, revenge and redemption,” while Ryan Wurtz punctuates the message with a searing slide guitar solo. The sizzling rhumba “I’m On Fire” simmers with Vegas Rat Pack style and features tremendous solos from Redmond and trumpeter Chad Boydston. The crew then ventures down to the land of dreams, New Orleans for a good old fashioned second line, for the salty and sweet ode to the high and lows of working the clubs of Bourbon Street “Night Shift,” with Ruth switching to that big old sousaphone and each horn getting his due including some Pete Fountain licks and Trevor Turla blowing serious trombone.

The fellas then remain on Frenchman Street for the late-night jam session “It Don’t Matter” that builds slowly and allows each player to step into the spotlight for a moment to shine on the Modern NOLA funk instrumental. Redmond then leads the chain-gang shouts on “Ain’t No Spark,” a swinging call and response anthem freshly minted in the tradition of the Sun Records big room sound. The line, “My mood swinging like a wrecking ball that came off its chain,” says it all for the hard driving “Bad Seed,” as the rhythm section digs deep into the shuffle and the horns deliver soaring lines of close knit harmonies, then they all launch into a raucous frenzy of rich interwoven solos and dynamic time shifts. Jimmy Cliff was only 21 when he wrote and recorded his signature song “Many Rivers To Cross” in 1969. Grand Marquis transform the reggae ballad that became a freedom song of the civil rights movement into a Muscle Shoals symphony infecting each stanza with authentic southern style and heartfelt determination of soul. The journey ends with the traditional spiritual “Down By The Riverside,” which is given the full rag time treatment with a ferocious beat and inspired solos from each band member. The roots of the song date back to before the American Civil War, with its central image of casting off negativity and aggression, and putting on spiritual garb, at the side of a river being so very pertinent in todays troubled and ever divisive global climate. It is with this simple message of turning to peace and love and to “study war no more,” that Kansas City emissaries of American Roots music, Grand Marquis cement the directive of hope and belief in Brighter Days ahead.