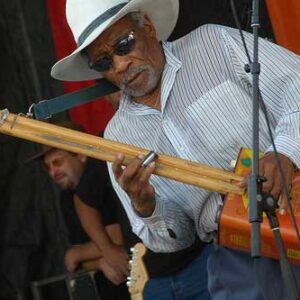 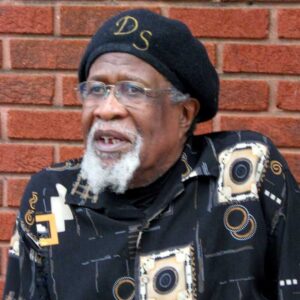 2014 marked the third year our growing Festival drew large crowds here to the Upstate of South Carolina. We kicked it off with a Roots of the Carolina Blues event featuring Hunter Holmes and ended a week later with a tribute to blues legend Drink Small, a South Carolina native son.

During the week blues fans participated in our African American Heritage tours that focused attention on the legendary Littlejohn’s Grill, a fixture on the Chitlin’ Circuit during the 1950s. James Brown was one of the early performers at the Grill along with Ray Charles, Otis Redding, Fats Domino, Little Richard and dozens of other stars.

We infused our event with performances of jazz, roots, gospel and R&B performers to the delight of our audiences. Our Main Event featured the soulful sounds of The Swingin’ Medallions (a South Carolina tradition), Mac Arnold & Plate Full O’ Blues (playing his gasoline can guitar), True Blues, and ReggaeInfinity.

By focusing on musical elements that contribute to the blues, and that take their major influence from the blues, we provide musical entertainment that appeals to a wide-range of fans. Join us next year April 15—25, 2015 as we put together another rockin’ blues event in and around Clemson, S.C.

Visit us at www.clemsonbluesfest.org to learn more.