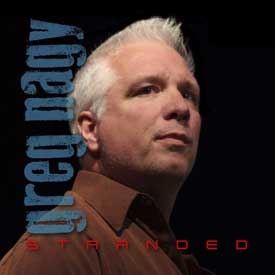 Nagy’s star has been on the rise since his days in the successful Midwestern soul and blues band Root Doctor, whose Change Our Ways was nominated in 2008 for a Blues Music Award for Best Soul Blues album. A year later saw the release of Nagy’s first solo album Walk That Fine Thin Line, which found itself nominated the following year for a BMA Best New Artist Debut category. Nagy followed that triumphant call to arms in 2011 with the rootsy diverse, Fell Toward None, which, like its predecessor, peaked at number three on the XM satellite radio and drew national praise from both audiences and critics.

“I like to be soulfully communicative,” says Nagy, “to use my music to reach people.” On this third album, he‘s succeeded in creating a set of tunes that transcend predetermined soul and blues boxes to sound utterly universal.