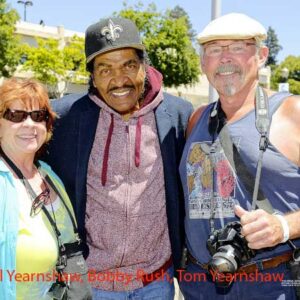 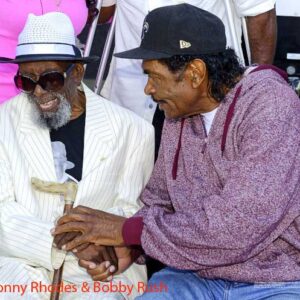 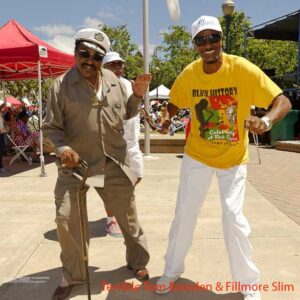 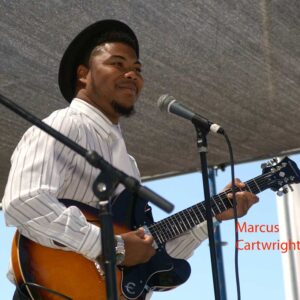 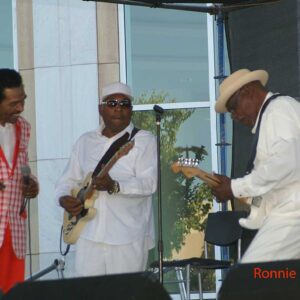 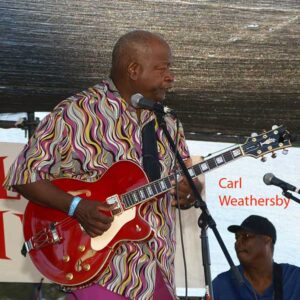 (Hayward, CA) – The Hayward Russell City Blues Festival roared into downtown Hayward over the weekend of July 9th and 10th and we were among the crowd. This year the theme was “Let’s Do It Again,” bringing in some of the past favorite acts and also some new blood. In its 17th years on the grounds of the Hayward City Hall, the festival annually reminds locals and visitors alike of the robust blues scene that resonated in Russell City, just a few miles west, on the edge of San Francisco Bay.

Produced by Ronnie Stewart and Co-Producer, Velma Landers, the West Coast Blues Society, and a host of volunteers, the festival features entertainers with roots in Russell City and the East Bay, including but not limited to Bobby Webb, Fillmore Slim, Sonny Rhodes who made his home in the Bay area for many years and BigCat Tolefree. Headliners Carl Weathersby on Saturday and Bobby Rush on Sunday provided a mix of Chicago Blues and the Chitlin Circuit respectively, and some youngsters, including Mississippi guitarist Marcus Cartwright and harp blower Lil Vinnie, were tossed into the mix to show that blues is still alive and growing. We were also treated to Howl N Madd Perry and his daughter Sharo from Mississippi who hadn’t played the festival in several years. Well over thirty musicians and vocalists worked hard throughout the weekend to please the crowd and make the festival a success.

This is a favorite festival for many blues fans and we’re included and it is always great to see so many of our blues friends. Definitely put this on your list of festivals to go to and we hope to see you next year.