Hitting a high note with blues 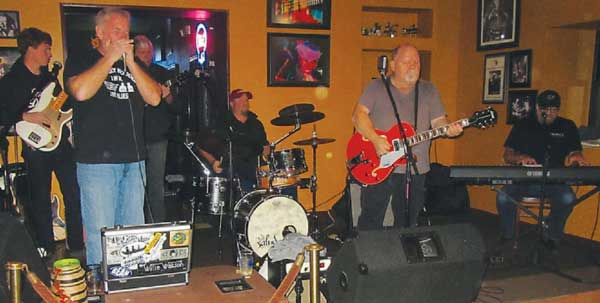 (Jefferson City, MO) – The Mission is giving young and inexperienced musicians a chance to play the blues with seasoned pros — and live music fans in the area seem to like the results.

For the live music venue located at 915 E. High St. in Jefferson City, Missouri, starting a monthly blues jam was a gamble. A Sunday liquor license costs about as much as one for the rest of the week. But owner Jenny Babcock wanted to give it a try, in part to give experience to up-and-coming blues musicians. So she appealed to her regular customers, starting a small, offline crowdfunding campaign. Call it Kickstarter Unplugged.

For the patrons, it was a way to pay $50 and get into the venue for the rest of the year without a cover charge. For Babcock, it was a way to quickly raise money for the Sunday liquor license. It worked. Twenty people agreed, and she raised the money needed within a week.