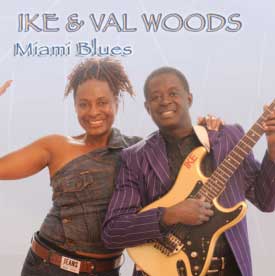 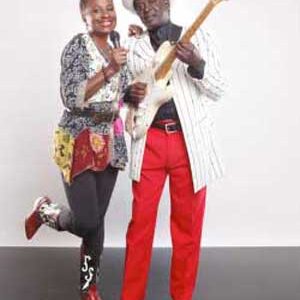 Ike And Val Woods have just released “The Party’s Jumpin,’” a new single on One Ocean Records. Written by Ike Woods and Val Woods, it was produced by Gabriel Cifuentes and will appear on their upcoming CD Butterfly, set for release January 15, 2015

Grammy nominated Ike and Val continue to wow audiences around the world with their unique style of Blues. The couple has a high energy, electrifying live show that always gets the crowd moving (see videos at  sonicbids.com/ikeandval, YouTube, Myspace. Ike’s guitar style is a mixture of B. B., Jimmy Hendrix, George Benson, and Roy Clark all mixed together with The Ike Woods Spice. His singing is soulful with a touch of the Otis Redding power. Val’s singing has the essence of Ella, Aretha, Etta James and a dash of Nancy Wilson complimented with her own distinct style.

Their music, is on sale now at CDBaby.com, Rhapsody, Amazon.com, iTunes and IkeandVal.com.