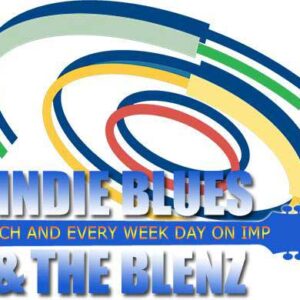 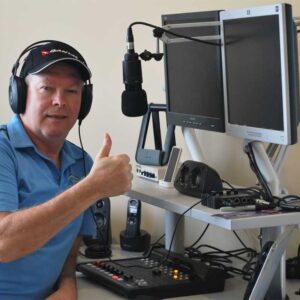 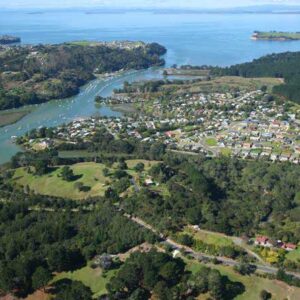 The BLENZ, owned and operated by Pete Unstead, is one of the first stations in New Zealand to air an Indie artist on FM radio. Now a dedicated Indie radio station, they’re playing Indie music 24/7 with featured shows like The Best Of Indie and Indie Blues which showcase new artists each weekend. Because of the huge support from international listeners and Indie artists, the pull towards Indie Blues and its many associated genres, has convinced Pete to move The BLENZ into a mainstream Indie radio station that will now move away from pop.

It all started 2 years ago when New Zealand music lover, Wayne Blackwell, decided to contact local radio stations there with the aim of getting a particular musician played and promoted. Wayne approached Pete Unstead, veteran DJ from South Africa and owner of The BLENZ as one of a handful of stations he was contacting to promote his only Indie artist, Michael Grimm, winner of America’s Got Talent 2010. At the time The BLENZ was a small Community Radio station broadcasting on low power FM to the community of Stillwater in Auckland. The BLENZ format was general Classic Hits and local Kiwi folk and country music. The two men hit one chord perfectly well and that was that they both felt strongly about supporting Indie Artists.

Michael Grimm is an Indie bluesy, soul singer so Pete agreed to add all his albums to the BLENZ playlist. Wayne and Pete started working together promoting their single international artist. Over the period of a year, they released approximately seven live shows targeted at Grimmlins (Michael Grimm fans) in the USA and New Zealand which included a 2-hour Christmas special where Pete interviewed the star live from his home in the USA. The show aired to hundreds of online fans across the United States and everyone was amazed how one small radio station at the other side of the world, was able to support and promote Michael in America. One of these fans soon became a regular BLENZ listener and it was around the end of 2013 when Ramona Cox (Moni), came onto the scene as the third member of the New Zealand promotions team. Moni was instrumental in dealing with all the correspondence inside the USA and passing on information to Pete and Wayne. The trio gelled and worked well together using the social media site, Facebook, to communicate their findings.

In the early part of 2014 Wayne decided to form a company to promote international independent artists and IMP (Independent Musician Promotions) was created. He created a page on Facebook and it very quickly began to take off. Wayne approached Pete from The BLENZ with the idea of starting a new show to promote these artists on radio and The Best Of Indie was born. Together, IMP and The BLENZ created a winning format for The Best Of Indie and over a period of two months they have taken on over 100+ Indie artists and now play over 1,000 songs on the BLENZ playlist. The music is varied but mainly covers the blues, blues rock, country, soul and jazz with a sprinkle of other Indie genres thrown in.

New artists that have recently connected with IMP get an introduction airplay of a single track and then if agreed by the team they can opt for a feature on the show which could include a live interview between the presenter and the artists.

Weekend features, The Best of Indie and Indie Blues, showcase new artists each week during the program, playing up to three of their songs from latest album releases. DJ Pete (Unstead) presents The Best Of Indie live and new show, Indie Blues, features DJ Suzy (Susan Keith) an American DJ and avid Blues fan. She records her shows from her studio in Bend, Oregon and uploads the shows to stations like The BLENZ using Cloud Computing technology.

Pete Unstead had this to say about the future – “This is a fast paced new industry (talking about Internet radio) and Indie artists can see a huge benefit from forming alliances with Internet radio stations. I forsee us (IMP & The BLENZ) managing upwards of a thousand artists and promoting new releases each week as they become available. Already we are thinking of expanding ‘The Best Of Indie’ to a 3 hour live show, just to accommodate more artists. I also envisage our listener base increasing and we are putting plans together to accommodate them on our streaming service. We currently support a limit of 500 concurrent listener connections and this cap is being lifted to unlimited. I want to reach a target of 1,000 listeners for each show by this time next year. By then we could be attracting some very interesting sponsors, which is badly needed to grow the IMP concept.  Currently The BLENZ is non-commercial and ad free but that will all change as I start talking to International companies about advertising possibilities. In the mean time its business as usual and the goal of supplying a quality show with quality music to a happy listener base is our main concern.”

Listen each and every weekend to The Best Of Indie and Indie Blues with Suzy on The BLENZ. Visit their website at www.blenz.co.nz  for more information or go to the IMP (Independent Musician Promotions) page on Facebook .