Isaiah B Brunt :: A MOMENT IN TIME 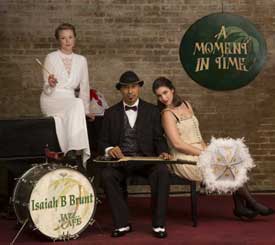 Isaiah has been a top Aussie production guy and former studio owner of Darling Harbor studios who’s worked alongside some of Australia’s top groups including solo projects by Rob Hirst, Midnight Oil, Steve Prestwich, Cold Chisel, Julio Iglesias and his Orchestra, American Idols Randy Jackson and Goo Goo Dolls have rehearsed there during Australian tours. Not only has Isaiah been behind the board for globally upper echelon bands he’s been a go-to side man for bands touring down under like the time Keanu Reeves band Dog Star hit Sydney and Isaiah recorded them aiding them on their shows around Sydney.

All the while he was working with other people’s music, Isaiah always knew where his heart lay. The same place it first was when he heard his father strum the ukulele, blow harmonica and unleash the lap steel.