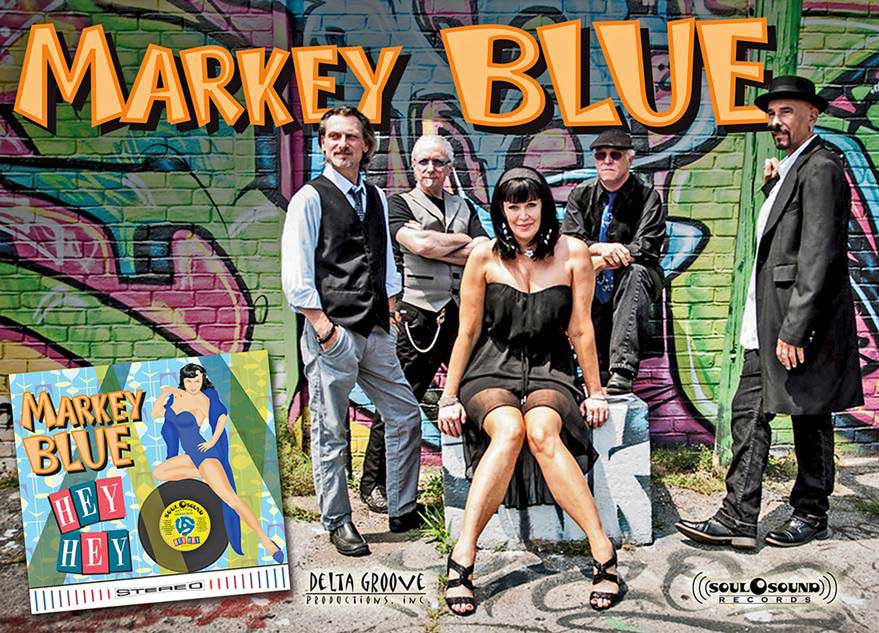 Markey Blue was named “One of Ten Emerging Artists in Blues to Watch” – AXS.com 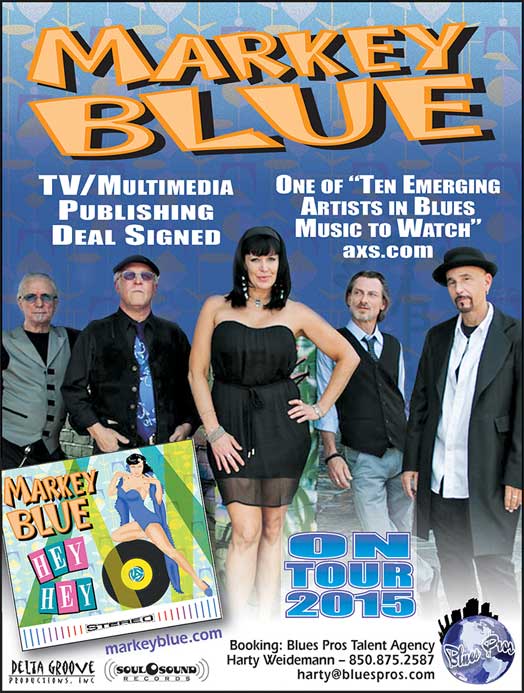 “Markey Blue – The unexpected find… a fascinating new discovery… a band with that ‘wow’ factor is always a welcome and wonderful part of any blues adventure. It was the crack of noon, as we filed into the Hard Rock Cafe after a long, exciting night at the 2014 Blues Music Awards. The musical foray is unbeatable. Yet… you cross your fingers, waiting to see who the new ‘someone’ will be and how they will add a thrilling twist to the mix of players. That show, as always, held true to our expectations.

“The afternoon was off to a rocking start. After a major change up… as is the way it goes – to change the players and the dimensions of the show – a striking beauty appeared on the stage. Actually, she ‘exploded’ onto the stage and ‘wow’ is what everyone was saying. The band of the moment was fronted by Markey, a bold, big-voiced, ‘no holds barred’ songstress. The very tight, talented and zest-filled band that followed Markey on stage was announced as… Markey Blue. Yes, folks this was THE find of the Blues Music Awards weekend.  This blues fan was not disappointed!” 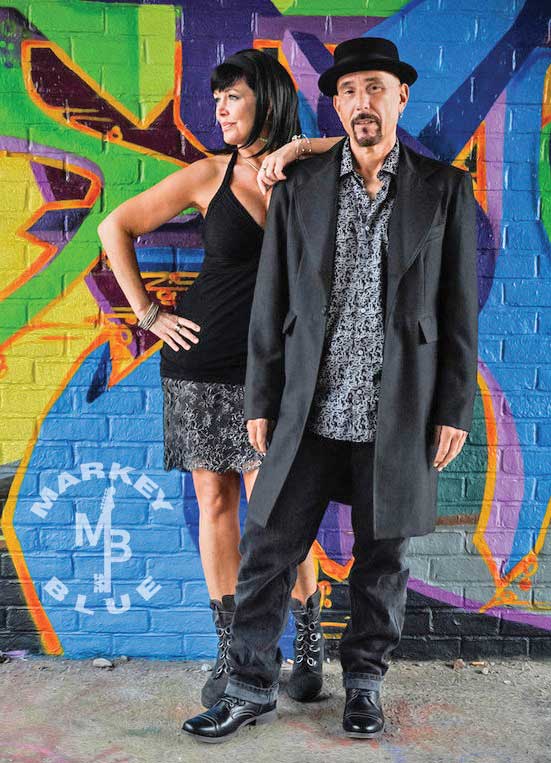 Nashville, TN – It’s been an amazing nine months since the band Markey Blue released their debut CD, Hey Hey.  From Downbeat Magazine including them as one of only six blues reviews for December, 2014 alongside Eric Clapton, Elvin Bishop, Ruthie Foster, Dave Ray and Gary Clark Jr., to getting signed to a multimedia/TV publishing deal, and being signed to Blues Pros Talent Agency. This is a definitely a band to watch on the up-and-coming blues scene.

Since having their song “Baby I’m Crying” picked up for an independent film, Turbulence and Love, the band has been signed to a Los Angeles-based publishing company that places music for television shows – to name a few,  True Blood, Dexter, CSI, Under the Dome, Switched at Birth and advertisements such as Dominos, Microsoft, many films and countless TV promos.

The Soul/Blues band based out of Nashville Tennessee, has been recently asked to write and record several straight up blues songs “on the fly” for television scenes. So, next time you’re watching one of your favorite TV shows, be listening for a Markey Blue song to pass by on the soundtrack.

The band is currently in the studio working on their follow-up CD, which will be released later this year and is looking forward to adding some of their TV Recordings of mo’ blues songs to the mix.