John Mayall: A Portrait of the living Blues 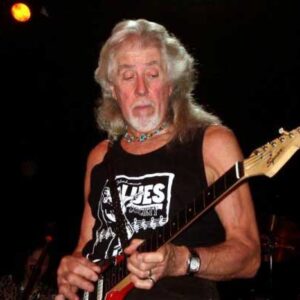 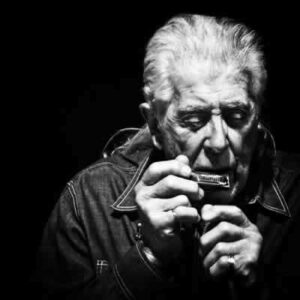 PORTLAND, OR – Most often credited with the wider revelation of Eric Clapton, John Mayall’s impact on rock and roll is inestimable. A prolific singer, instrumentalist and bandleader, Mayall would team with Clapton to record 1966’s Bluesbreakers with Eric Clapton, a landmark album of standards and Mayall originals that would propel Clapton and his searing blues-rock stylism to stardom in England and abroad. Departing soon thereafter to form Cream with bassist and Bluesbreakers alumnus Jack Bruce, Clapton’s position – and others – would be filled by a remarkable succession of burgeoning talent, including guitarist Mick Taylor, who would later join the Rolling Stones, and the original Fleetwood Mac lineup of guitarist Peter Green, bassist John McVie, and drummer Mick Fleetwood.

While broadly renowned for his affiliations with the likes of Clapton and Taylor, and the work born of those partnerships, Mayall has never appeared content to trade on past glory or the notoriety of former collaborators whose fame would ultimately eclipse his own. Seemingly inexhaustible, Mayall has maintained an unceasing schedule of recording and touring for nearly 50 years. Now 81, Mayall is preparing to release Find a Way to Care, his latest effort showcasing a longtime backing band of guitarist Rocky Athas, bassist Greg Rzab, and drummer Jay Davenport.

Interviewed in advance of his Wednesday, July 15 performance at Portland’s Aladdin Theater, Mayall recalls his early interest in the blues and offers his thoughts on Mick Taylor’s musical character and the stunted trajectory of Taylor’s solo career. Mayall also relates memories of Jimi Hendrix before touching on his relationship to the broader narrative of career, the timeless qualities of the blues, and a recently unearthed recording of a 1967 Bluesbreakers concert featuring Green, McVie, and Fleetwood – all of whom would depart en masse to form Fleetwood Mac within mere months of the performance.