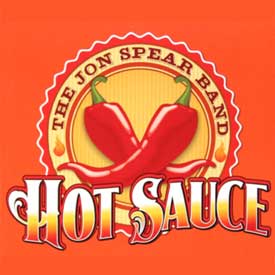 The Jon Spear Band tour schedule supports Hot Sauce, their new CD release. Look for the Jon Spear Band to be playing at a number of Virginia festivals this summer including an appearance with Anson Funderburgh and Bruce Katz at the Big Buggs Island Blues Bash in Clarksville and headlining the Jam Fish Festival in Mt. Sidney. Click here for all their dates.

The band’s performances coincide with the release of new CD, Hot Sauce, featuring 12 all-new original songs; a mixture of rhythms and styles, from good time party songs to serious socio-political statements, all delivered with soul and fire. The band’s new recording is a “masterpiece” says Australia’s Peter Merrett (PBS 106.7 FM) with lyrics that are “incredibly powerful” according to Bill Wilson of Reflections In Blue. The album has already chalked up thousands of streams on Apple Music and Spotify, and enough airplay to debut in the top 30 on the Roots Music Report Contemporary Blues Chart.

Known for their live performances, the Jon Spear Band’s previous CD, Live Music is Better, was nominated for a Blues Blast Magazine award for best live blues recording of 2016.

The Jon Spear Band is a collaboration of some of Central Virginia’s finest and most dedicated blues musicians, brought together by their love of the blues and their active participation in the Central Virginia Blues Society. Members include Dara James (guitar, vocals and harmonica), Andy Burdetsky (bass), John Stubblefield (drums), and Jon Spear (guitar and vocals).