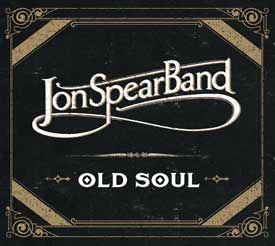 “Devil’s Highway” is a mesmerizing blues-influenced rock number about an individual who is forced to confront his demons in a direct but unexpected way, while ‘Paid in Full’ evokes memories of the great R&B soul singers of yesteryear. The haunting title song “Old Soul” features stellar soloing by guest saxophonist Ron Holloway, who has played with Dizzy Gillespie and the Allman Brothers, among others. Other tracks include the funky love song “I Can’t Help Myself” and a humorous jump blues number worthy of Louis Jordan entitled “The Second Mouse Gets the Cheese.”

Additional original songs include the Santana-influenced rocker “Mean Mean Woman,” along with “I Love My Skin,” an award winning song that lets folks know they really are beautiful, no matter what others may think. “Forever Home” provides a dogs-eye view of pet adoption while “Live Music Is Better” is the band’s anthem in support of venues and artists that hire and showcase performing artists. The final track on the album is singer/guitarist Dara James’ take on the Bob Geddins’ classic, “Tin Pan Alley.”

The Jon Spear Band is a collaboration of some of Central Virginia’s finest and most dedicated blues musicians, brought together by their love of blues music and their active participation in the Central Virginia Blues Society. Although their ages span several generations, the band’s members share a common determination to use their exceptional talents to create unique and memorable music. The band performs original music reflecting a wide range of styles including blues, funk, rock, R&B, swing, and even a little salsa.