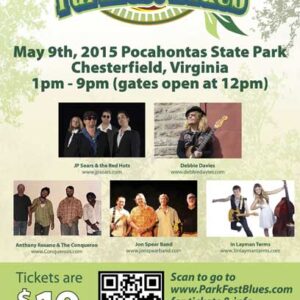 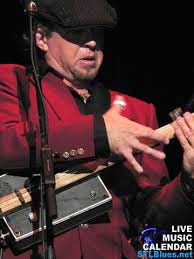 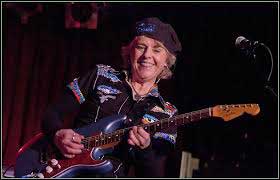 CHESTERFIELD COUNTY, VA – The River City Blues Society of Virginia is proud to announce the 3rd annual ParkFest Blues Festival on Saturday, May 9, 2015, at Pocahontas State Park in Chesterfield County, Virginia. Gates open at 12:00 Noon, with music from 1 p.m. to 8 p.m.

The festival is set in the Heritage Amphitheater where there is not a bad seat in the house as the stage is elevated. The amphitheater has seating and a grassy slope where spectators can set up chairs and blankets. There were will be local craft beers and local wines for sale, and both food and craft vendors all day. There is ample parking and plenty of shade.

The event will feature two local blues bands that are bringing the blues to a new generation. The brother/sister duo, In Laymen Terms, represented the River City Blues Society in the 2015 International Blues Challenge (IBC), Single/Duo. These two young artists have a new music video, Won’t Let It, and are part of a larger band, The UnXpected.

The music will continue with the RCBS Band Entry to the 2015 IBC, Jon Spear Band, who have a new CD release, Old Soul. CD Baby says: “This is a blues album that doesn’t sound like everyone else’s blues album…[including] originals featuring award-winning lyrics and top-notch musicianship, running the gamut of blues styles from funk to jump and acoustic to swing.”

Debbie Davies will take the stage next. Her latest CD is Retrospective. She is one of the most influential female blues artists of past decades and she’s a multiple award winning guitarist (Blues Guitarist of the Year 1997 and 2010). Debbie is truly one of the leading lights on the contemporary blues music scene today.

The evening will end with JP Soars and the Red Hots. Their 2014 studio CD is Full Moon Night in Memphis. This CD has gotten great reviews. When JP switches over to his cigar box guitar to perform some works inspired by Fats Domino, get ready to enjoy some low down greasy sounds!

The River City Blues Society is a 501(c)3 dedicated to the preservation and promotion of blues music in Central Virginia. More information about the ParkFest Blues Festival can be found at www.parkfestblues.com.