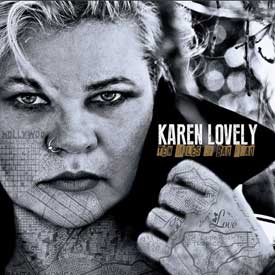 “Lovely’s style begins from sources within such classic blues singers as Ma Rainey and Bessie Smith, and, like Janis Joplin before her, she has translated those influences into an utterly gripping, contemporary style of her own.”
– Don Heckman (former music critic NY Times, LA Times, Village Voice)