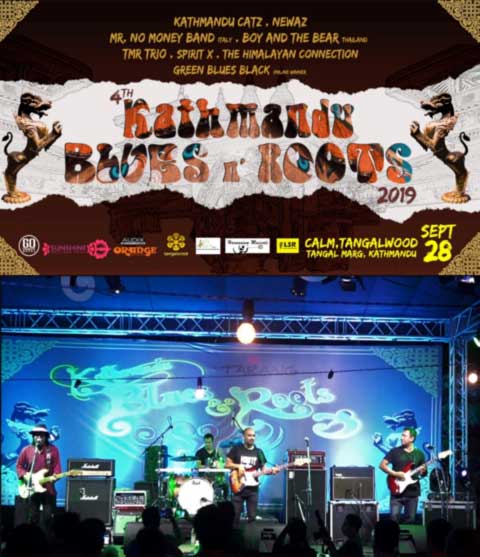 (KATHMANDU, NEPAL, INDIA) – Kathmandu Blues & Roots Festival’ a one-day musical event is scheduled to be held at Calm Restaurant, Tangal on September 28.  Jointly organized by Gopromote Nepal and Kathmandu Blues N Roots, the main objective of the event is to promote blues rock music in Nepal.

“The first edition of the event took place in 2016 and has been booming so far,” said Satish Sthapit, an initiator of the event who is also a band member of the band Newaz.  “Its 4th edition of the festival, giving a platform to the young underground artist where they can flaunt their talent and passion toward blues rock music,” he added.

According to Sthapit, the event has also been featuring musical bands from overseas since the last edition. “This year, eight bands including Mr No Money band from Italy and Boy and The Bear band from Thailand will perform in the event.”