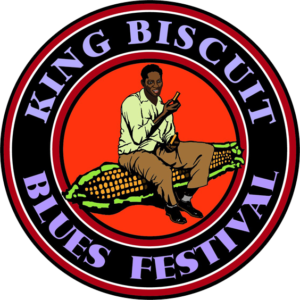 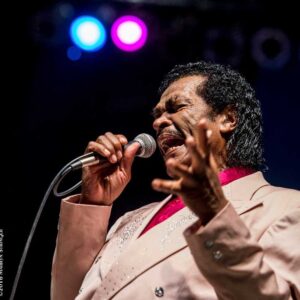 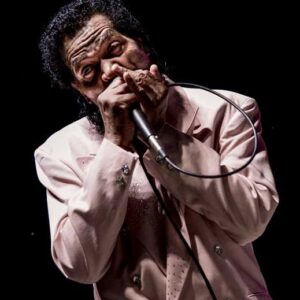 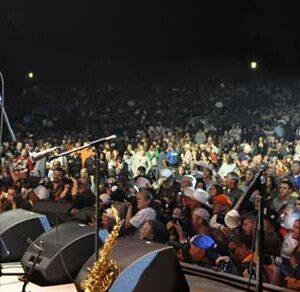 (Helena, AR) – The King Biscuit Blues Festival will celebrate the announcement of the 2017 lineup with a special appearance by Grammy Award-winning artist Bobby Rush at 5pm on Wednesday, April 19 at the Main Stage on Cherry Street in Downtown Helena.

“This year’s lineup is a big change from some of the past few years,” says Sterling Billingsley, who serves on the Sonny Boy Blues Society Board and handles booking for the Main Stage. “Two of our three headliners will be playing this festival for the first time, and we’re very excited about the mix of veterans and newcomers.”

The lineup announcements will cover all five stages for the 32nd King Biscuit Blues Festival, including the Main, Lockwood-Stackhouse, and Gospel Stages. This year’s festival will also see the revival of the Doctor Ross Rising Biscuit Stage and improvements to the Bit-O-Blues Stage. Finally, KBBF will reveal new locations for both of the latter stages as well as the Lockwood-Stackhouse stage.

“We have so much good news to share with our fans, we can hardly keep it to ourselves,” says KBBF Executive Director Munnie Jordan. “I promise that this will be one of the most exciting events we’ve had in years.”

In addition to the lineup announcement, State Representative Chris Richey will present Bobby Rush, one of Delta blues music’s most celebrated artists, with a plaque commemorating an Arkansas House Resolution honoring the musician’s life and legacy.

Bobby Rush has performed on both the Main Stage and the Lockwood-Stackhouse Stage a total of 14 times since his first appearance at KBBF in 1995. Rush got his start in music as a child in Pine Bluff, AR, and has won numerous awards throughout his career, which spans over 60 years. Most recently, Rush won his first Grammy Award for his album Porcupine Meat in the Traditional Blues Album category.

“We are thrilled to have a chance to pay our respects to our good friend Bobby Rush,” says Jordan. “He has done so much for the community of Helena, and we are so proud that the rest of the world continues to recognize his contribution to Delta blues.”

The lineup announcement event is free and open to the public and will include live music, food, and beverages. It will also coincide with the unveiling of the new YP phone book cover featuring the Main Stage of the King Biscuit Blues Festival, which will be held October 4-7, 2017. Tickets for the 2017 KBBF will go on sale through the festival website on the evening of Wednesday, April 19. 3-day wristbands will be available for a special “early bird” price of $65 through July 12, after which they will go up to $80. Single-day wristbands will be $40 each. For more information, visit their website.

About King Biscuit Blues Festival: The King Biscuit Blues Festival, founded in 1986, is one of the nation’s foremost showcases of blues music. Held for four days annually in October, tens of thousands of blues enthusiasts converge on historic downtown Helena, Arkansas to hear stirring and uplifting performances of an American art form on the banks of the Mississippi River.