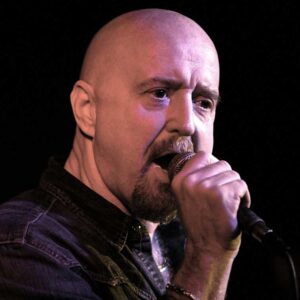 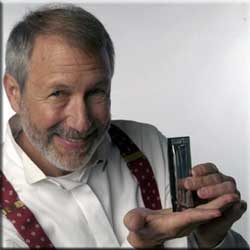 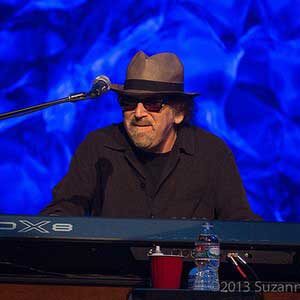 SAN DIEGO, CA – Continuing the tradition of presenting musical collaborations you won’t hear anywhere else, San Diego’s Gator By the Bay Festival will be THE place to be for amazing blues performances, May 7-10, at Spanish Landing Park across from San Diego International Airport.

On Friday evening, May 8, the Bourbon Street Stage will be Blues central. As the night heats up, be sure to catch Big Jon Atkinson & the All-Star Blues Show. Local harmonica virtuoso Atkinson will be getting together with some of his friends— and by friends we mean Fabulous Thunderbirds co-founder and harmonica and vocal frontman Kim Wilson, guitarist, singer and songwriter Kid Ramos, and Kid Andersen, a much-lauded Blues Music Award winning guitarist.

Although only in his mid-20s, “Big Jon” Atkinson has played with some of the biggest blues stars, showing an innate feeling for the blues. Kim Wilson was called “The greatest harmonica player since Little Walter” by none other than Muddy Waters. Kid Ramos is another Fabulous Thunderbirds alumnus whose bio also includes work with James Harman, Room Full of Blues, The Mannish Boys and Los Fabuloco. Hailing from Norway, Christoffer “Kid” Andersen has played with Charlie Musselwhite and other blues luminaries, and is currently playing with Rick Estrin.

Thanks to local bluesman Johnny Vernazza, aka Johnny V, the festival has hosted some outstanding blues talent in the past, and this year, Johnny V does it again, bringing together a collection of greats to lay it down on the Festival Stage on Saturday afternoon, May 9.

Appearing as the Chicago Blues Royalty Review with Johnny V will be Corky Siegel, Sam Lay, Barry Goldberg and Marcy Levy (AKA Marcella Detroit), all legendary stalwarts of the Chicago Blues scene who are known for some pretty exciting genre-splicing. Blues with a touch of rock, blues and classical, and even blues with electric folk—all are in these performers’ far-reaching repertoires

Corky Siegel is respected world-wide as one of the top blues harmonica masters, as well as a composer, blues pianist, and singer / songwriter. In the 1960’s and 70’s, his seminal Siegel-Schwall Band was one of the most influential forces of the Great Blues Revival. In its current iteration Siegel-Schwall Band, including drummer Sam Lay, continues to wow crowds and has released two albums of new material. In 1966, Corky Siegel began taking the music of such icons as Howlin’Wolf and Muddy Waters out of smoky blues clubs and bringing it to the well-heeled stages of the Chicago Symphony, New York Philharmonic and beyond. Forging an unprecedented alchemy of blues and classical music Siegel continues it today in his group, Chamber Blues, blending classical and blues styles in a chamber music setting.

Grammy nominated drummer and vocalist Sam Lay began his prodigious career as the drummer for the Original Thunderbirds, and soon after for the harmonica player Little Walter. He went on to play and record with seemingly all the blues greats. In the mid 1960’s he joined the iconic Paul Butterfield Blues Band, and in 1965, he was Bob Dylan’s drummer when Dylan threw the Newport Folk Festival audience into shock with his watershed electric rock performance. Lay’s drumming can be heard on over 40 recordings for the Chess Records label as well. He is a current member of the Siegel-Schwall Band and his long list of awards include induction into the Blues Hall of Fame, the Jazz Hall of Fame, and the Rock ‘n’ roll Hall of Fame.

Also in Bob Dylan’s electrified band at the 1965 Newport folk Festival was a young keyboardist from Chicago named Barry Goldberg, who, when just a teenager, had already sat in with Muddy Waters, Otis Rush, and Howlin’ Wolf. Goldberg’s probably best known, however, for forming the seminal blues/rock/soul group Electric Flag in 1967 with guitarist Mike Bloomfield and drummer Buddy Miles.

Goldberg’s first professional recording session was “Devil With The Blue Dress On” / “Good Golly Miss Molly” by Mitch Ryder & the Detroit Wheels. He went on to play on albums with Leonard Cohen, The Ramones , The Flying Burrito Brothers, and on Super Session which featured Michael Bloomfield, Stephen Stills, and Al Kooper. In 2012, Barry joined Stephen Stills in his new band, The Rides, with guitarist Kenny Wayne Shepherd.

Vocalist, guitar player and songwriter Marcy Levy, who also performs under the name Marcella Detroit, is known for having a five octave vocal range, and has played and sung with an eclectic slew of big names, including Bob Seeger, Eric Clapton (she co-wrote his hit “Lay Down Sally”), Leon Russell, Aretha Franklin, Carlos Santana, Chaka Khan, Belinda Carlisle, Al Jarreau, Alice Cooper, and so many more. From 1988-1993, Marcella was half of the popular UK band, Shakespear’s Sister.

Multiple Gold recording artist Johnny V’s blues and slide guitar history is right out of the hotbed San Francisco Bay Area scene of the 1960s. Playing with such greats as Luther Tucker and Sunnyland Slim, Johnny V teamed up with Elvin Bishop, and this association led to six albums, endless touring and the #3 song in the nation in 1974: “Fooled Around and Fell in Love“.

Gator By the Bay presents over 85 performances on 5 stages, featuring an eclectic mix of music including Cajun, zydeco, blues, swing, Latin, rockabilly, and more. Financial support for the festival is provided in part by the City of San Diego Commission for Arts and Culture and the County of San Diego Community Enhancement program. Additional support is provided by the Port of San Diego, Redhook Brewing Company, House of Blues KSDS Jazz-88 and The San Diego Reader. The festival is also presented in part by the Louisiana Office of Tourism and their affiliate tourism bureaus. All festival and ticket information can be found at the Gator website.