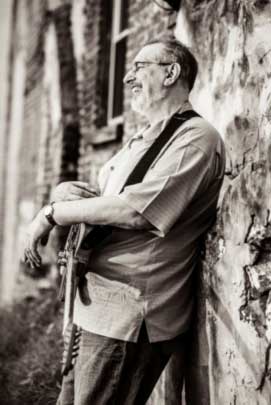 (DURAND, WI) The 11th Annual Blues on the Chippewa free festival, held at Memorial Park in Durand WI, will take place Aug 3-5 and has added David Bromberg as the closing slot.

Bromberg’s journey spans five-and-a-half decades and includes – but is not limited to – adventures with Bob Dylan, George Harrison, Jerry Garcia, and music and life lessons from seminal blues guitarist Reverend Gary Davis, who claimed the young Bromberg as a son. A musician’s musician, Bromberg’s mastery of several stringed instruments (guitar, fiddle, Dobro, mandolin), and multiple styles is legendary, leading Dr. John to declare him an American icon. In producing John Hartford’s hugely influential Aereo-Plain LP, Bromberg even co-invented a genre: Newgrass, but for Americana godfather David Bromberg, it all began with the blues.

Now, with The Blues, the Whole Blues, and Nothing But the Blues, his first release for Red House Records, Bromberg and multi-Grammy-winning producer/accompanist Larry Campbell (Dylan, Levon Helm, Paul Simon) focus on the music David discovered in high school, when, circa late 50s, he was introduced to a friend’s dad’s collection of blues 78s. And, as ever, he brings his characteristic devotional intensity to the music with the same passion he felt as a teen, spinning those blues 78s, just before the road called.