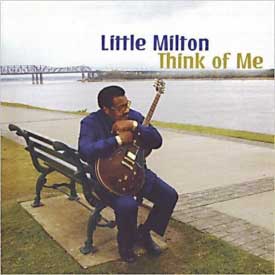 MEMPHIS, TN – On Thursday April 9 at 4pm (CDT), The Blues Foundation will dedicate the Little Milton bronze statue that will permanently reside in front of the Blues Hall of Fame. The statue is inspired by the cover of Little Milton’s last studio album entitled Think of Me. That cover photo features Little Milton sitting on a bench holding his Gibson guitar in Tom Lee Park along the Mississippi River. The bench is known as the gar bench as it legs are in the shape of the gar fish found in the Mississippi and is the creation of the National Metal Museum here in Memphis. The statue was sculpted by Andrea Holmes Lugar and cast at Lugar Foundry, also of Memphis.