Lloyd “Have Mercy” Jones is “Doin’ What It Takes” – Across the country and around the world! 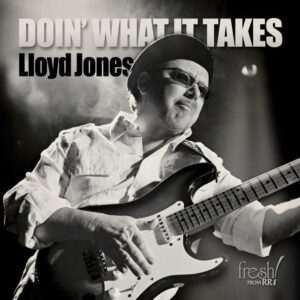 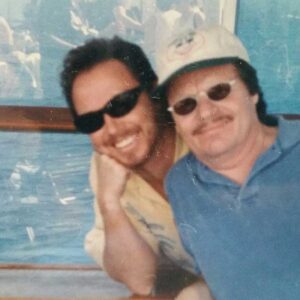 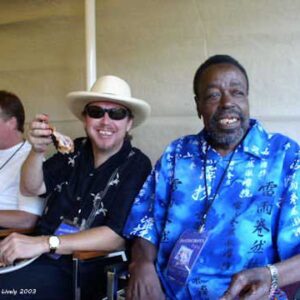 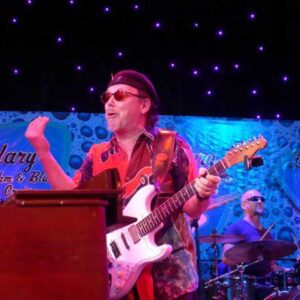 After more than 40 years recording, touring and writing songs covered by such artists as Clarence “Gatemouth” Brown, Coco Montoya, Joe Louis Walker, and Curtis Salgado, Jones looks forward to bringing his unique brand of deep blues, swampified soul, and New Orleans funkstivity to another season of festivals. From Seattle, WA to Denmark, returning to NY, NY, through Philly, Ohio and back to the Waterfront Blues Festival in Portland , OR and on south through California, there is no stopping this winner of over 30 music awards.

“When I heard Jones live for the first time, it was like exhaling after holding my breath for fifteen years” – Delbert McClinton

“You know who’s really great is this guy Lloyd Jones from Portland, OR”  – Robert Cray

“ Lloyd Jones has always been a great guitar player. Great tone and phrasing from the heart” – Charlie Musselwhite.

Beginning in the early days as a drummer with blues legends Charlie Musselwhite, Big Mama Thornton, Big Walter, George Smith, Jones learned to play guitar from the masters plus how to take your time and to have a voice of your own. The Lloyd Jones Struggle began as a songwriting vehicle doing opening dates for B.B. King, backing New Orleans songwriter Earl King for several years. By 1995 the recording Trouble Monkey, on the Audio Quest label, caught the ear of Joe Louis Walker who recorded Jones’ penned “I Can’t Get You Off My Mind” with the Tower of Power Horns. Jones followed up with “Love Gotcha” on Blind Pig Records only to be covered by Coco Montoya and later used in the TV series, “True Blood.”

In 2000 The Struggle”was cruisin’ with Delbert McClinton and developed a long lasting friendship with Jimmy Hall and Tommy Castro which developed into a compilation recording with none other than Double Trouble, called Triple Trouble on the Telarc label.

Whether “Highway Bound” as a solo acoustic Piedmont picker, or laying down that swampified roadhouse blues with the full band, Jones still loves “Doin’ What It Takes.

We asked for it… you Delivered! Ghost of The Blues… a rollicking Blues Musical in Memphis May 6