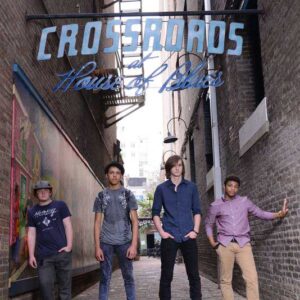 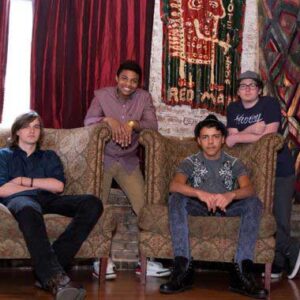 So when their band When All is Lost headlines the Music Forward Foundation’s Bringing Down the House Showcase, the boys will not be taking the experience for granted.

“People that love the local music scene in Louisiana, they’ll go to this, and it’s nice to have a chance to show our art to hundreds of people in that venue,” said Lee who plays bass for the group. “It’s definitely sacred ground for us.”

The group was one of 4,300 musicians, ages 13-19, who entered for a chance to play the April 14 show, which spotlights high school students. They had to send in a photo, band biography and one of their tracks to be judged.

The Music Forward Foundation selected six of those entries to perform at the House of Blues sponsored event, as well as attend four workshops with music industry professionals during February and March.

Steve McCloud from Tipitina’s Music Office Co-Op in Alexandria said he was not surprised When All is Lost was chosen. “I knew they would rise to the top,” he said.

Last summer, McCloud helped record When All is Lost’s first EP called Don’t Depend. He encouraged them to enter the House of Blues contest.

The first time they came for a recording session, McCloud said he was “pleasantly surprised” by what he heard. “They were amazing, without any mistakes. I was really impressed,” he said. ” … You usually don’t hear that quality of delivery from a bunch of guys that age.”

They are 15 and 16, but “definitely play beyond their years,” said McCloud who recognized what kind of work that takes behind the scenes.

The four of them started playing together about three years ago. When asked how much time they spend practicing, Box, the lead guitarist, responded by asking “how many hours are in a week?”

“Probably too much time,” said Price, the lead vocalist and rhythm guitarist. “It’s crazy how much work you have to put in to get out of it.”

But they are learning that’s what it takes.

“I think that’s what sets us apart from our age group,” Lee said. “There are a lot of people that want to start a band, but they don’t want to put in enough work to get anywhere.”

When All is Lost has 14 original songs, and five are the EP. Composing music is a group effort between them. Price writes the lyrics.

They will play the 103.5 Fallen Rider Foundation benefit on April 11.

“Any show we do, no matter how it is, we enjoy,” Price said. But so far, their favorite show has been at Club Z in Lafayette.

“It was nice to go up there and gain some respect from other local artists,” Lee said. ” … It was a milestone for us.”

Their upcoming New Orleans gigs will rival that experience. Before the headlining show, they also will play at the French Quarter Festival two days earlier.

“The past shows like this that they do every year, the turnout’s been really, really good,” Box said. “Especially with the history of the House of Blues. It is the oldest House of Blues in existence so that’s kind of cool.”

“I’m not nervous. I’m excited,” said Graham, who is looking forward to hearing how his drums sound again. The band already got a taste of what to expect during a soundcheck at one of the four workshops they attended.

“That’s a big stage” Graham said, referring to its reputation. “While we were in the green room the bassist for the Foo Fighters, one of my personal heroes, was literally in the room next door practicing with his band,” Lee said. “I didn’t know how to feel about that. It was crazy for me.”

The sessions were on music marketing, music creating and representation, music as a business and live production. The band also met with record labels, producers, production crews and other representatives for artists like U2 and Lady Gaga.

During that time, the groups were also competing to play at the French Quarter Festival and headline the House of Blues show. Each musician or band had to market for votes through a combination of social media and grassroots efforts like putting out poster and handing out fliers. When All is Lost came out on top.

Box’s mom, Stephanie, said all of the parents are proud to see what their sons have accomplished.

“When they played on stage at the House of Blues, that was the first time we ever actually got to see them with full lights and real sound guys,” she said. “I was so proud … I can only imagine what it’s going to be like whenever they do their real show. It’s unreal how proud you can be of a child.”

As far as the future goes, Price said they are not just looking to “make it big.” The boys said the way they can fail is if they stop playing music altogether one day.

“In the next 10 to 20 years … If we’re still playing local shows and still performing music and showing people what we do is what we love, then I wouldn’t consider it failing,” Lee said.

The Talk of The Town