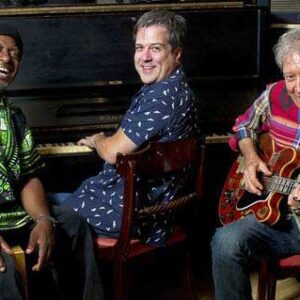 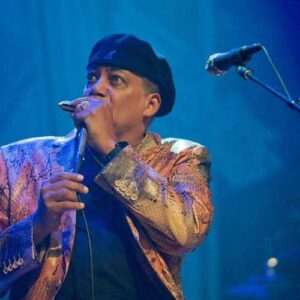 (Chicago, IL) – The blues arrived in Chicago with African-Americans leaving the South for northern urban cities during the “Great Migration” of the early 20th century. In particular, the South Side became a hotspot for the style of “Chicago blues” performed by the likes of Muddy Waters, Howlin’ Wolf and Willie Dixon in clubs just beyond the UChicago campus.

This weekend, the Logan Center for the Arts will celebrate that legacy through a new annual festival called Bluesfest. The three-day festival from Oct. 13 to 15 will feature concerts, workshops, film, food and conversations with local and national musicians and artists throughout the Logan Center.

“Since we opened our doors, the Logan Center has celebrated the rich cultural history of Chicago’s South Side, and we’re pleased to be able to continue this tradition by creating a new blues program,” said Bill Michel, executive director of the Logan Center. “Like many of our projects, this allows us to feature the work of great artists in the context of the University and the South Side.”