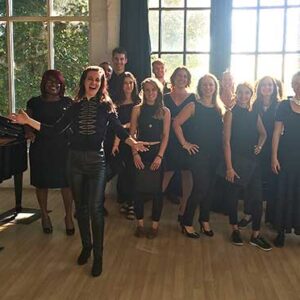 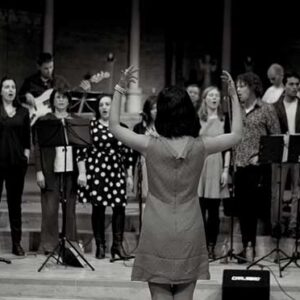 (Hackney, London, UK) – The London Blues Choir starts two branches in Hackney, bringing the music of the Deep South to the borough. “You don’t have to have a voice like Adele… The most important thing is to be completely connected with the emotion of the music,” says choral director Hannah Northedge.

Northedge is the founder of London Blues Choirs, which launches its Hoxton branch at the Rosemary Branch theatre on Saturday 19 November (there’s a free taster session on Saturday 6 November from 12–2pm).

Northedge plans to set up blues choirs all around London. Another Hackney branch rehearses every Monday at Paper Dress Vintage on the Narrow Way.

Some 20 budding bluesmen (and women) have joined up, says Northedge. Blues, the music of African-American slaves, is a folk tradition originally passed down rather than written down or codified. So Northedge’s approach is to get the singers feeling and understanding the music before addressing matters of technique.

“With classical repertoire you’ve got to be singing exactly what the score says,” Northedge says.

“With this choir we have got scores but I’m not looking for perfect note length or absolutely perfect singing – I’d rather hear someone sing with a unique quality of their voice and an emotional connection and we can sort out anything else out later.”

But what, in terms of technique, does it take to sing the blues?

“You need to predominantly use what’s known as ‘chest resonance’, so when it’s a slightly thicker vocal quality rather than a classical sound which is a lot thinner and a lot purer sounding,” Northedge replies.

Originally from Leicester, Northedge has been in choirs most of her life and has sung with the likes of the London Symphony Orchestra and Leicester Philharmonic.

She was spurred on to start her own choir after the film extras agency she was working for misread her profile and asked her to put together a group of singers to appear in a film.

As well as original arrangements of songs within the blues genre – traditional blues, Motown, soul, gospel, spirituals and bluegrass – the choirs’ repertoire will also include contemporary pop such as “Rolling in the Deep,” so those who enjoy belting out a tune like Adele will most likely get their chance.