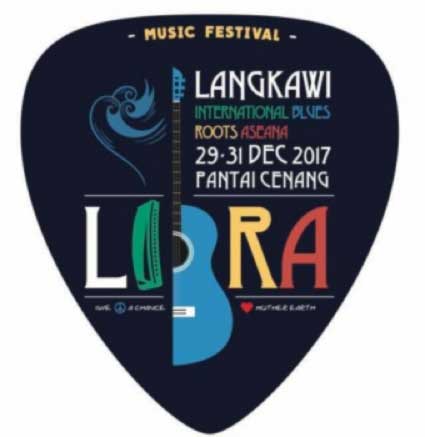 (Langkawi, Malaysia) – The first blues music festival in Malaysia, the Langkawi International Blues and Roots Aseana (LIBRA), kicked off Dec 31, 2017 night in style with a promise that it will emerge as another major musical event in the country for many years to come.

Langkawi Development Authority (LADA) chief executive officer Datuk Azizan Noordin said although the show would be held until the new year’s eve, the first night show had already shown its potential to become another “must” in the island’s next calendar.

“Those in their 60s, as well as the younger ones, who come in to the island as tourists, and the locals seem to be enjoying the show and this is a good sign,” he said when met at the site of the event at Chenang Beach here.

He said LIBRA could emerge as another signature event for Langkawi, just like the Rainforest Music Festival in Kuching, Sarawak, or the international music festivals in Miri (Sarawak) and in Penang.

“In South East Asia, LIBRA will be another (blues festival) after the renowned Bali Blues Festival (in Indonesia) and we will work together with the organiser there (in Bali) to jointly promote the festivals among the Blues enthusiasts around the world,” he said.