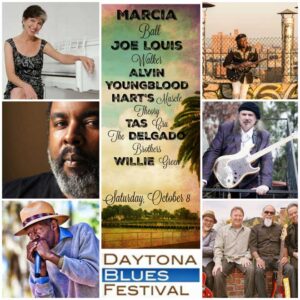 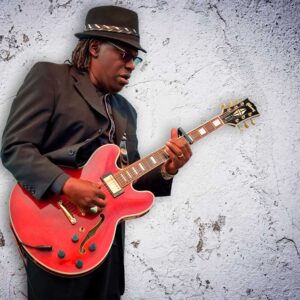 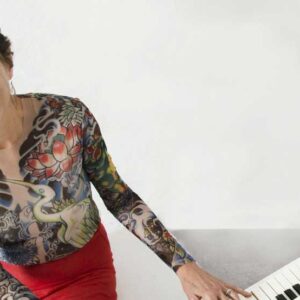 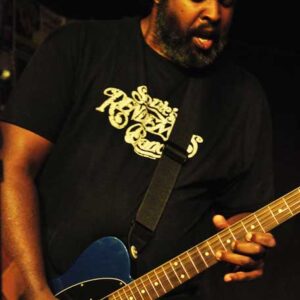 Marcia Ball is a Texas-born, Louisiana-raised musical storyteller who has earned worldwide fame for her ability to ignite a full-scale roadhouse rhythm and blues party every time she strolls onto the stage. Her groove-laden New Orleans boogie, deeply soulful ballads and rollicking Gulf Coast blues have made her a one-of-a-kind favorite with music fans all over the world. In 2010, she was inducted into the Gulf Coast Hall of Fame and in 2012 into the Louisiana Music Hall of Fame. She’s received a total of six Living Blues Awards and nine Blues Music Awards (and has a whopping 42 nominations). She’s also received five Grammy Award nominations. The New York Times says, “Marcia Ball plays two-fisted New Orleans barrelhouse piano and sings in a husky, knowing voice about all the trouble men and women can get into on the way to a good time.” Living Blues declares,“ Her originals sound like timeless classics and southern soul masterpieces that no one else can imitate.”

Opening for Marcia is another American blues treasure, Joe Louis Walker. Looking back on his rich history, Walker shares, “I’d like to be known for the credibility of a lifetime of being true to my music and the blues. Sometimes I feel I’ve learned more from my failures, than from my success. But that’s made me stronger and more adventurous. And helped me create my own style. I’d like to think that when someone puts on one of my records they would know from the first notes, ‘That’s Joe Louis Walker.’” A true powerhouse guitar virtuoso, unique singer and prolific songwriter, Walker has toured extensively throughout his career, performed at the world’s most renowned music festivals, and earned a legion of dedicated fans.

Taking the stage before Walker is Alvin Youngblood Hart’s Muscle Theory. They are a live explosion of roots rock that stands the test of time in the world of music. He creates a blurred line of Blues, Roots, Country and Rock music that has been enjoyed in our culture for decades. The band bends the strings and drops the groove to a level that is only achieved with experience and true love of playing with such passion. This trio brings a very eclectic music experience that you will be telling all of your music loving fans about the next day and for years to come. Known as a “musician’s musician,” Alvin Youngblood Hart’s praises have been sung by everyone from Bob Dylan to Brit guitar gods Eric Clapton & Mick Taylor.

As the day moves from afternoon into evening, Tas Cru takes the stage with his Band of Tortures Souls. Raucous, rowdy, gentle, sweet, eccentric, quirky, and outright irreverent are all words that fittingly describe Tas Cru’s songs and testify to his reputation as a one of the most unique of bluesmen plying his trade today. It’s not for nothing that Cru has received wide praise for his songwriting.  As Downbeat magazine notes, “His songs are blues poetry – crafted with rare verbal flair and his ability to cast a memorable hook is magical!” Bruce Iglauer, founder and president of Alligator Records calls Cru “a rare, real writer.” Live, these songs are performed with power and passion as observed by Living Blues magazine, “The vivacity and sheer joy with which Cru plays is intoxicating!”

Willie “The Real Deal” Green opens Saturday afternoon. Willie has truly lived the blues over his 80 or so years – he has no birth certificate, born into a rural Alabama sharecropper family. A migrant farm worker into his 20s, Willie also had jobs laying pipe, driving a pulp wood truck, laying cement roads, and racing dirt bikes. It was years before Willie’s self-taught harp and guitar skills were recognized and celebrated by the blues world. Since then, Willie has opened for such major acts as Charlie Musselwhite, Maria Muldaur, Tommy Castro, Arlo Guthrie, Robert Cray and Eric Clapton.

Fans can’t afford to miss a minute of the talent brought to the stage Saturday, October 8, at the Daytona Blues Festival. Get your tickets and your hotel rooms now!