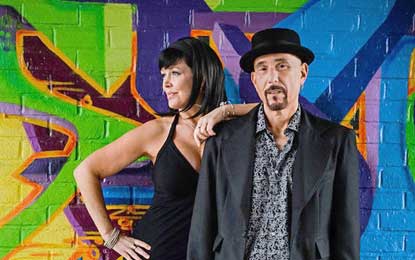 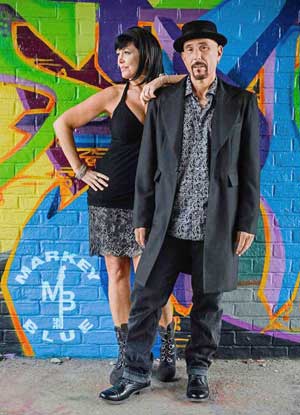 NASHVILLE, TN – Just one month after the ­release of their debut album, Hey Hey, eleven of the twelve tracks are receiving airplay in the US and worldwide. This spirited band makes it hard to stay in your seat, whether listening to the album or seeing them perform live!

“Is it tornado season? Because you’re gonna get hit with the Markey Blue Tornado when they take the stage.” — Ted Drozdowski, KBA Award Winning Journalist, Premier Guitar, Guitar World

Markey Blue is an innovative, high-energy “New Indie Soul/Blues” band from Nashville, combining a heavy Memphis/Stax Records influence with a cutting-edge new sound. The band in its entirety reads like a “who’s who” list of the music and ­entertainment industry.

The band opened for Stax legend Steve Cropper twice (he has stopped his show to talk about the Markey Blue Band creating what he would be recording today), which led to Cropper writing their liner notes — and later inviting them to his studio to co-produce one of their songs.

“What do you get when you have a great singer, a great band and great songs? A great project. Markey Blue, you have done it!” — (Liner notes from Steve Cropper-Grammy winner and legendary Stax recording artist)

The Band was brought together by Ric Latina and Markey when both performed at the same venue with their respective bands. They joined forces and within a little over a year’s time Markey Blue has picked up amazing steam.

They don’t just mimic the greats, though — they put their own modern touch on the classics and write and perform original songs that feel right at home alongside them. Showing what happens when you have both style AND substance has garnered recognition, airplay and great reviews, nationwide and internationally. 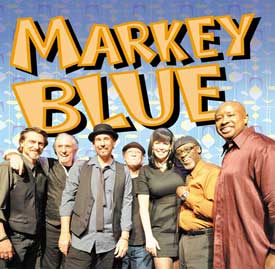 Coming out of the gate at #1 on the Blues Debut Chart, Markey Blue’s Hey Hey is also riding high on the Roots Music Album AND Singles charts, with 11 of the 12 tracks receiving airplay around the world in its first month after release. Their song, “Baby I’m Cryin,’” will soon debut in an independent movie, and DownBeat magazine’s CD review will appear in its December issue.

“This band will blow you right out of your shoes!” — Bill Wilson Blues

“Markey Blue’s performances are a breath of fresh air with their new music that will ease right into your soul like a trusted old friend. Every song is uniquely crafted and woven with some “deep-cut” blues and R&B classics. This stellar 7-piece band fueled with horns will keep you on the dance floor.” — Jeff Syracuse – BMI 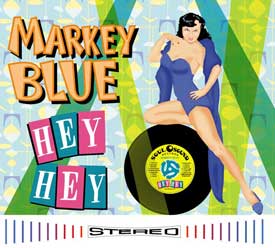 They have been booked every week since mid- 2013, playing well over 100 dates per year. Their dynamic performances are always professional, yet fun — they’re continually leaving audiences AND venue managers wanting more!

“One of the best things about booking Markey Blue is that every venue we get them into ends up wanting them back on rotation! They are an absolute pleasure to work with and they make us look good because they always deliver a top-notch, exciting, professional and entertaining show!” — John Salaway – LMB Agency

Get this hot new CD while you still can, and check out their live performances — you’ll be glad you did!