Martini Garden Debuts with Give a Little Love 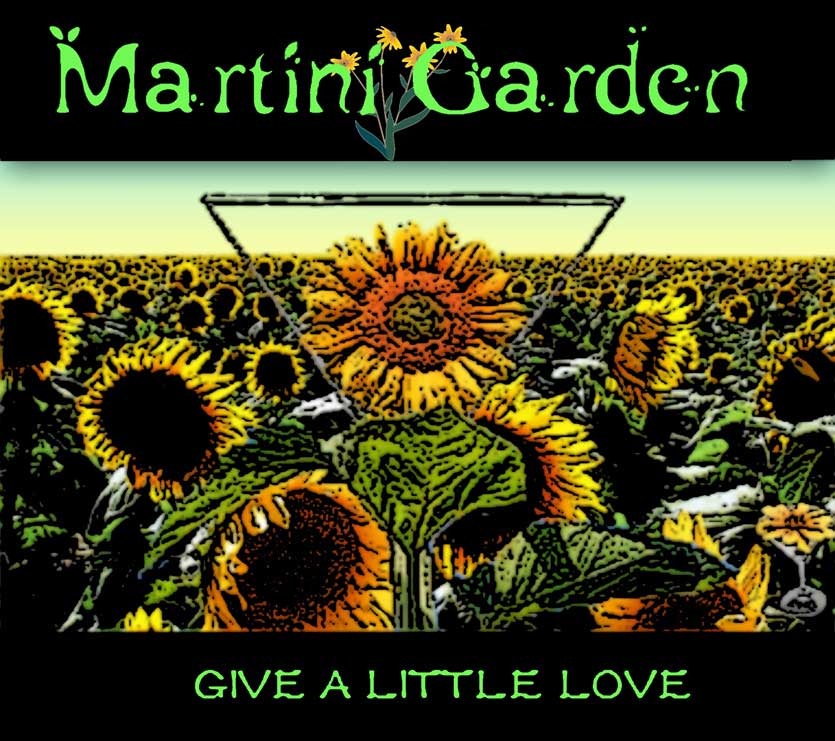 Driven by a mission to bring peace, love and healing to the world one bluesy song at a time, Long Island, New York’s Martini Garden is described as “Stevie Wonder meets The Eagles” by Mary Flanagan of North Shore Sun, this seasoned five-piece act is riding high off the release of their debut LP, Give a Little Love in January 2013.

Formed in 2007 by the husband and wife team of Jim (lead guitar) and Christine LoPiano (lead vocals), Martini Garden combines a swirling mix of blues, jazz, rock and folk to generate a catchy sound ideal for the clubs and halls of New York. Supported by Michael McBride (drums), Rich Cunningham (bass) and Miriam Hubbard (backup vocals), their influences bleed through during each and every track, emitting tones of  Van Morrison, Little Feat, Bonnie Raitt, The Grateful Dead and more.

Give a Little Love debuted via iTunes and other digital retailers in late January 2013, featuring 16 songs of Martini Garden’s wonderfully organic bluesy-rock. Led by Christine’s powerful vocal tone and honest lyrics with Jim’s versatile guitar playing, the group takes listeners on an organic roots mix of blues , rock, jazz, folk with a sprinkle of country music that resonates long after the sound fades. [Christine’s] voice is the ‘signature’ of Martini Garden and defines the band’s personality, and that’s something to toast, for sure!” said Deke Donovan of Deke Donovan’s Power Performers of Music.

With Give a Little Love garnering radio play on Cyber-FM, Splashradio.org, Pandora Radio and Jango Radio, the band isn’t wasting any time as they prepare to hit the studio in July to begin recording their next album.

Pick up Give a Little Love via iTunes and other digital retailers now, connect with the band on Facebook and check out their official website, ReverbNation or MySpace pages for streaming audio.