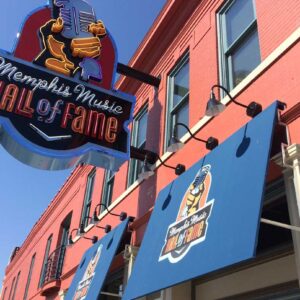 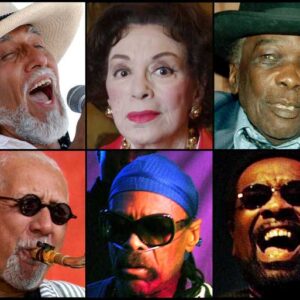 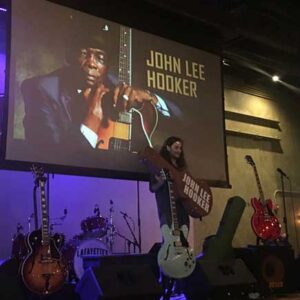 The 2016 inductees will be enshrined officially during ceremonies to be held Nov. 3 at The Cannon Center for the Performing Arts. Tickets will go on sale Oct. 1 through Ticketmaster.

“This year’s class shows, once again, the diversity of Memphis music,” said Hall of Fame executive director John Doyle. “It’s jazz, rock, blues, soul and even opera. It just shows what a rich pool of talent Memphis has to draw from. Not only this year, but for many years to come.”

Renowned soprano Piazza — who died in 2012 her adopted hometown of Memphis — and Hooker, who was born in Tutwiler, Mississippi, launched his career in Memphis and died in 2001 — will be honored posthumously. The balance of the class recognizes a number of pivotal figures in Memphis music who continue to record and perform.

William Bell remains one of Stax Records’ most enduring figures. The Memphis native was the first major male soul singer at Stax, and his self-penned 1961 single “You Don’t Miss Your Water” was one of the company’s first big hits. His 1967 debut album, “The Soul of a Bell,” is a minor long-playing classic. Along with Booker T. Jones, he co-wrote the label’s greatest blues side, “Born Under a Bad Sign,” which they put into the able hands of Albert King. Earlier this year, the 77 year-old Bell released a new album on the revived Stax label, the critically acclaimed “This Is Where I Live.”

Under the direction of producer Willie Mitchell, and led by the Hodges Brothers, the Hi Rhythm section was a singular-sounding unit. The group’s languid, dreamy grooves became the signature of South Memphis’ Hi Records label and helped propel the careers of Otis Clay, Ann Peebles, Syl Johnson and, most notably, Al Green. The group would redefine the sound of R&B into the 1970s with their work on classic albums such as Green’s “Call Me” and “I’m Still In Love With You” and Peebles’ “I Can’t Stand the Rain.” The surviving members of the group (guitarist Mabon “Teenie” Hodges died in 2014) will accept the award.

As a teenager, Orange Mound native Charles Lloyd began playing with the big bands and R&B greats of the 1950s, including Bobby “Blue” Bland, B.B. King, Junior Parker, Johnny Ace, and Howlin’ Wolf. Pursuing a jazz career, Lloyd would ultimately replace Eric Dolphy in Chico Hamilton’s group in 1960. He became Hamilton’s musical director, flourishing as a composer and arranger before leaving to work with Cannonball Adderly.

Lloyd formed his own quartet — with pianist Keith Jarrett, bassist Cecil McBee and drummer Jack DeJohnette — and the group would brilliantly fuse post-bop and free jazz. They would record a series of successful albums, including the live-at-Monterey album “Forest Flower,” which sold more than a million copies. Lloyd would go onto work with pop acts including The Doors, Canned Heat, the Beach Boys, and Roger McGuinn from the Byrds. Lloyd continues to thrive well into his 70s. He recently put out a pair of lauded albums for the Blue Note label, including this year’s “I Long to See You.”

Though less active professionally, 79-year-old Domingo “Sam the Sham” Samudio remains a vibrant and colorful figure of Memphis music. The Texas native arrived in Memphis with his group, the Pharaohs, in 1964. They soon became the hot house band at The Diplomat club. It was during this period that Samudio would find rock and roll fame, cutting the organ-fueled romp “Wooly Bully” at Sam Phillips’ studio. The tune’s signature Tex-Mex count-off (“Uno, dos, one, two, tres, quatro”) was a bit of spontaneous studio magic by the Sham, and the song would sell millions of copies in 1965 and become Billboard’s Record of the Year. Over the decades, it’s been covered countless times by everyone from Alvin and the Chipmunks to Bruce Springsteen, and continues to crop up in film and TV soundtracks.

Although the Pharaohs’ lineup would change, they would score a couple other, albeit smaller, hits (including the brilliantly leering “Lil Red Riding Hood”) and cut a series of tough R&B records. But, by the end of the ’60s, Samudio went solo, releasing a now-classic cult album, “Sam: Hard and Heavy” in 1971, for which he won a Grammy for writing its liner notes.

“The show promises to be another great celebration,” says Doyle. “Coming off of last year’s event with honorees like Justin Timberlake and presenters like Keith Richards, we’ve got a tough act to follow. But we’re already seeing exciting prospects for this year’s show, and we look forward to announcing them. The fact that so many of this year’s inductees are alive and able to perform is also going to be great for the audience. This year’s celebration will be as special anything we’ve had.”