Michael Charles brings blues from down under 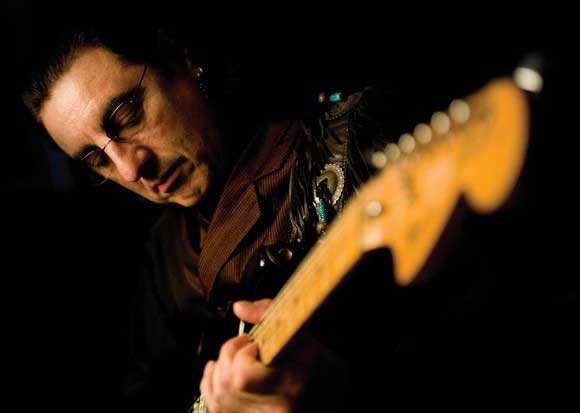 INDIANAPOLIS, IN – The blues is a universal form of music. Yes, the genre has roots in the United States, but songs about joy and sorrow can be understood in all parts of the world. Such is the case with Australian Michael Charles, who will bring his sounds to the Slippery Noodle (372 S Meridian St, Indianapolis, IN) Inn on March 31.

Over 30 years on the global road, the music of Michael Charles has the heart and history of those who influenced him as a lad (Buddy Guy, John Lee Hooker, he says) with the grit and power that will satisfy those on a night out at your local live music watering hole.

Charles discovered the blues and its influences, like others, on the radio.

“I was listening to all of the same artists as kids in America. There was the Rolling Stones, [Eric] Clapton, early Beatles. So I encountered the blues from all these blues-based artists without even knowing it,” Charles says.

Later Charles experienced on the radio the artists that influenced the Rolling Stones and Eric Clapton, like John Lee Hooker and his musical hero Buddy Guy.

Artists like B.B. King, Stevie Ray Vaughan and Eric Clapton all toured Australia and Charles was able to see them in concert. Charles said the Australian music industry is very heavily influenced by the American music scene. Other examples of Australia’s contribution to the blues include guitarist Dave Hole whose slide work would make J.B. Hutto approve. Then there’s harmonica and didgeridoo player Harper – now living in Michigan – who reads the gospel according to Bill Withers and performs socially-conscious songs about the States and his native homeland

In late 1989, Charles was already an established musician in Australia when he received an invitation from one of his influences to sit in with him on a gig. Getting to the gig, however…

“My manager connected with Buddy Guy’s manager. I still don’t know how he did it. It was nerve-racking. I got off the plane after a 35-hour flight, was whisked to the club (Buddy Guy’s Legends in Chicago), shook hands with Buddy Guy and was invited to get on stage. On stage I looked over at Mr. Guy and I got wobbly at the knees. Standing next to him on stage was unbelievable. That was my introduction to the Chicago music scenes. My actual concert (as a bandleader) was two days later,” he said.

Charles would share the stage (and learn on-and-off-stage lessons from) some of Chicago’s finest, including Eddy “The Chief” Clearwater, James Cotton, Junior Wells and Jimmy Dawkins.

“What I learned from them was to stay diplomatic with your guys because you need them behind you, literally and figuratively. When this happens, it is evident on stage and the audience responds to the camaraderie,” he says.

Charles has lived in Chicago for over a quarter-century, but makes a point to tour Canada every year and Australia every other year. He recently released a single “Coming Back Home,” and has put out 32 albums in his career. Number 33, with all new material, will be released later this year. He is a blues shark who must keep swimming when it comes to creativity.

“I keep the flow by putting my songs I wrote behind me, and even the last album I recorded behind me. This allows me to have a fresh approach for a fresh project. I do perform a song for many years before recording it,” he says.

Charles recently released a live album from a 1989 concert called Concerts at The Nest,which was one of his last concerts in Australia. His previous albums are a mixture of studio songs with some live cuts. At The Nest is his first full live album.

“It doesn’t compare to what I am doing today. I never look back. We simply wanted to release one of my last live concerts of Australia,” he said.

A certain radio show talks about music that is something old, something new, something borrowed and definitely something blues. Charles will bring this and more when he arrives in Indianapolis.

“Because I have a lot of music in my repertoire, I try to choose and perform music that I believe audiences have enjoyed in my past performances. They will hear originals, covers, high energy blues and blues-based rock and ballads,” he said.