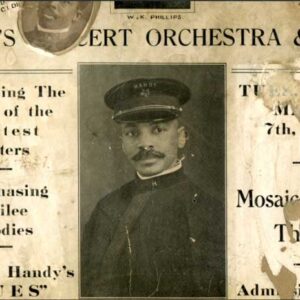 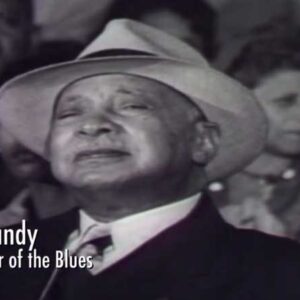 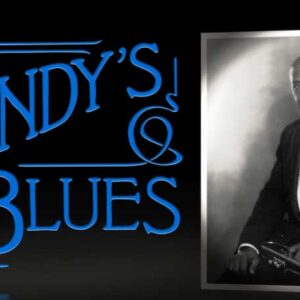 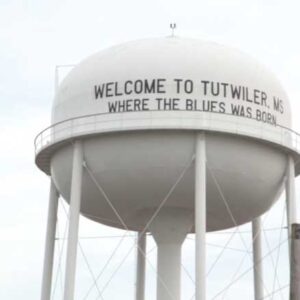 (Memphis, TN) – Mr. Handy’s Blues, a documentary on W.C. Handy, will be showing during the Indie Memphis Film Fest at the Playhouse On the Square (66 Cooper St., Memphis, TN) November 4, from 1 – 2:30pm. It will also be shown at the St. Louis International Film Festival in November 5 at The Stage at KDHX (3524 Washington Ave, St. Louis, MO) 7pm.

Ten years in the making, Joanne Fish’s Mr. Handy’s Blues documentary chronicles the life of W.C. Handy, known as The Father of the Blues, and takes you into the often-unrecognized career of one of greatest songwriters America ever produced. W.C. Handy is credited with transforming African-American folk music that was handed down only through oral tradition into a purely American genre of music. Against all odds Handy forged a successful career in the post Civil War south, becoming a reknown bandleader, composer, and entrepreneur. He was the first African American to publish his own music, and in 1914 he wrote St. Louis Blues, which was the most recorded song in the first half of the 20th century.

He was born seven years after the Civil War, and died at the dawn of the Space Age. Handy’s trajectory to success is an against all odds odyssey that took him from a strict religious home in Northern Alabama, to a low point of despair in St. Louis, Missouri to becoming one of the most revered composers of the 20th Century. His career started with a Minstrel Troupe during the Jim Crow days in the American South and catapulted him to ownership of a thriving music publishing office in New York City in 1918.  Handy Brothers Music Company was the first African American owned entertainment enterprise on Broadway during that time.

Mr. Handy’s Blues is a tale of family conflict, racial tensions and redemption. The continuous thread is Handy’s vision, his love of music and his talent for transforming the oral traditions of his African American countrymen into a unique and commercial musical genre, namely the Blues. The narrator is W.C. Handy himself through the use of rare audio recordings and interviews.

Since the blues provided the building blocks for early jazz, it could be argued that Mr. Handy was also the father of modern American music. The great composer George Gershwin credited W.C. Handy’s early blues songs as the foundational inspiration for “Rhapsody in Blue.”

Interviews with Taj Mahal {world music legend}, Bobby Rush {the “King of the Chitlin Circuit”} and Vince Giordano {bandleader and music supervisor for Boardwalk Empire and Café Society} bring Handy’s story to life and illuminate the great accomplishments and contributions that Handy made through his universally known compositions and his determination to own his own materials.

“Mr. Handy’s Blues” features performances of Handy’s songs by current artists, who are direct descendants of his vast musical legacy. Songs like “St. Louis Blues”, “The Memphis Blues” and “Beale Street Blues” have been standards for over 100 years, and are considered masterpieces in both the blues and jazz worlds.