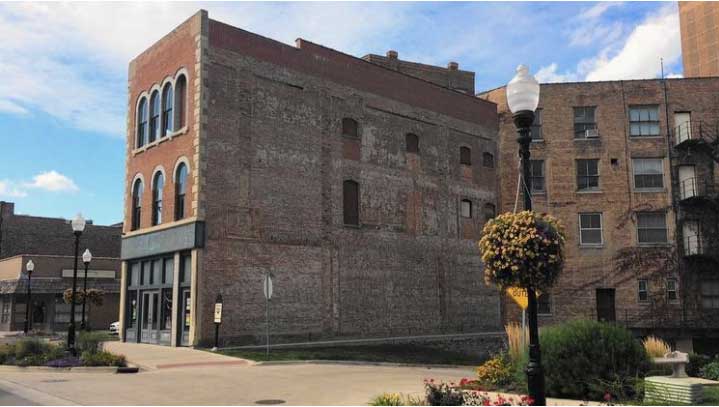 (Aurora, IL) – A mural that commemorates Aurora, Illinois connection to the history of blues music could reside on the side of a downtown building by September.

With final approval, the 14-foot by 30-foot mural, painted as part of an international event that took place in Aurora in 2008, would be installed on the side of the historic Silver Plate Building at 6 E. Downer Place for at least five years.

The mural honors Aurora’s past connection with blues music and was painted by a group of artists, under the direction of Patrick Kirwin, of Alexandria, Virginia, as part of the international Salon Forever event that took place at the Painters and Allied Trades Council 30 union hall in Aurora in 2008. If approved by the City Council and the Foxwalk committe, it will be the first downtown mural put up as part of the new FoxWalk overlay district amendment passed earlier this year.