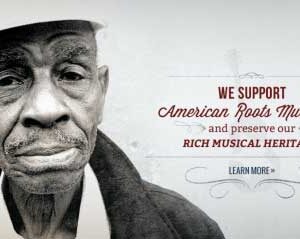 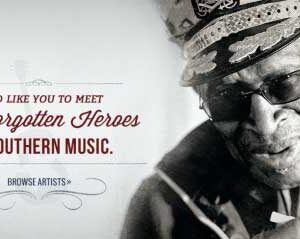 Music Maker Relief Foundation, a 501c3 non-profit, which supports traditional, southern musicians who are living in poverty, is celebrating its 20th anniversary in 2014. Music Maker has assisted hundreds of artists with emergency aid and performance opportunities, and their label has released 166 albums since Tim and Denise Duffy founded it in 1994.

Taj Mahal, Music Maker advisory board member and strong advocate of the organization, said, “Through the efforts of the Music Makers Relief Foundation, these amazing people and artists have been able to live dignified lives. In many cases they were rediscovered during their golden years by Tim and Denise Duffy, then given the joy of new recognition by their families, peers and fans world-over!”

Music Maker has planned a series of events to commemorate the anniversary:

Written by the Duffys, the book features over 65 photographs taken by Tim Duffy over the past 20 years of artists he has worked with, along with

the stories and songs of these musicians. Tim Duffy’s previous book, Portraits and Songs from the Roots of America, was released in 2002 and sold 15,000 copies.

A 20th Anniversary compilation album will also be released on the Music Maker label in September 2014. The 44-track collection includes Taj Mahal, Guitar Gabriel, John Dee Holeman, Etta Baker, The Carolina Chocolate Drops, Leyla McCalla, Ironing Board Sam, and many others, with over two hours of music.

viewers on a journey of discovery through the often-overlooked artists of the American South.

A video about Music Maker’s mission.

“Early on, while studying with tremendous blues musicians throughout the South, I realized that our nation’s musical traditions were suffering from starvation and underemployment,” says Tim Duffy. “We founded the Music Maker Relief Foundation as a nonprofit in 1994 to preserve America’s music by directly supporting the people who make the music. We get gigs for those that want to perform, guitars for those who want to play, and feed the hungry. Our initial grassroots effort to meet the needs of a handful of blues musicians in Winston-Salem, NC, has grown to assist hundreds.”

Their talents were hidden by poverty, but they did not ask the Duffy’s for money – they wanted work. The Duffys created a model of support focused on helping the artists they encountered meet basic needs so they could concentrate on their art – you can’t play your guitar at a gig if you’ve pawned it to pay for heat. While assisting with day-to-day essentials, Music Maker staff work with an artist to develop booking materials such as an album and photographs, and work to get them gigs around the world. A priority for the Duffys was also to document these artists’ music for future generations, and their extensive field recordings are archived at the Southern Folklife Collection at the University of North Carolina at Chapel Hill.

About Music Maker Relief Foundation and a timeline of its history.

For more information on the Music Maker Relief Foundation, please contact Nick Loss-Eaton at nick.losseaton@gmail.com or 718.541.1130.