Music memories are made of this… 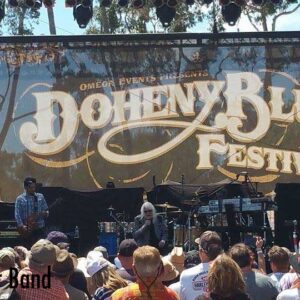 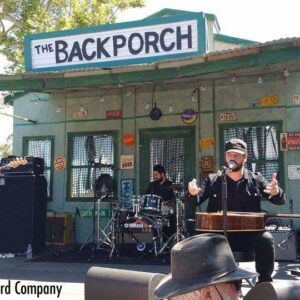 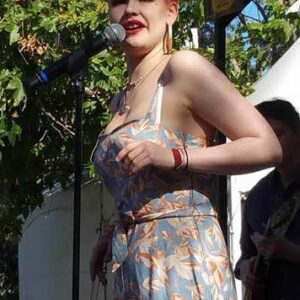 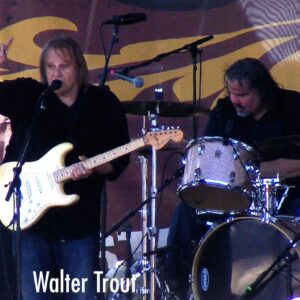 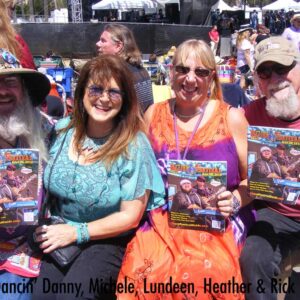 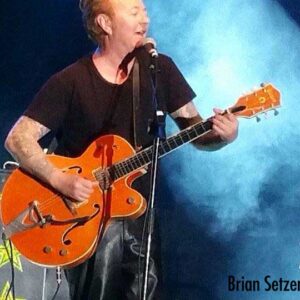 (DANA POINT, CA) – Once again the Doheny Blues Festival, held May 21-22, did not disappoint. For starters, it’s hard not to miss with a sweeping location next to a beautiful Southern California beach and palm trees swaying in the light breeze. Add in the 3 stages with top-notch acts, and a plethora of creative crafts and food and you’ve got a party. Bring your own low-back chair or blanket to mark your spot but you can also find lots or other seating in the downhome-fun Back Porch Stage area during those shows plus picnic tables and benches throughout the park. One of my favorite parts, aside from the wide variety of music and discovery of new-to-me cool artists, is people watching and running into music loving friends old and new.

“Some of my favorite shows came from bands that I am not familiar with or have never seen,” reported Dancin’ Danny Watkins. “The Record Company on the Back Porch Stage was absolutely incredible! Their high energy had the whole audience on their feet, going wild with the musical vibes flowing throughout. An amazing set involving the audience, getting everyone to move parts of their bodies instead of just sitting back and listening. I could not stand still. The event also does an amazing job of showcasing talent from different countries. This year Ina Forman caught me completely off guard with her voice, delivery and excellent stage presence. I wanted more of her!”

“This was husband Rick and my first time at Doheny,” says BFG Sales rep Heather Penrod-Rudd, “and it was truly overwhelming. The setting is beautiful and one of the places Rick used to surf long ago. The promoters did an amazing job with every aspect of the fest.  From the peeps working Will Call to the bartenders and gate keepers, everyone was personable and knew their job. Walter Trout was the highlight for us. After his struggle this past year and the people we have lost, tracks from his new CD, Battle Scars, spoke to us and we held each other and cried at how amazing he was on stage. Most of the crowd reacted the same way. I have been waiting years to see the Blind Boys of Alabama and was not disappointed…. amazing! Edgar Winter also spoke to us, as a dear friend who has left us used to play drums with him so that was another emotional moment. All in all the entire festival experience was unforgettable.”

There was also a rippin’ revue on the Back Porch Stage Saturday night featuring Rip Cat Records artists that including a rousing and heartfelt, emotional tribute to dear friend Candye Kane, who recently lost her courageous, 8-year battle with pancreatic cancer. Her son drummer Evan Caleb Yearsley, her guitarist Laura Chavez, her bassist Bobby Abarca, and Evan’s girlfriend, singer Casey Hensley, were the family core of that tribute.

Some blues diehards might say they sometimes mix up the genres too much but I’m personally okay with it and if it helps keep the festival running and ticket sales up, then that’s good news as then it can still offer a huge platform for traditional and contemporary blues artists and fans. Plus, among seeing artists there like B.B. King Tab Benoit, James Cotton, Buddy Guy, Tommy Castro, Ruthie Foster, Bonnie Raitt, Keb’ Mo’, Otis Taylor, and dozens of other fine blues-roots artists, I’ve also been able to see artists like Crosby, Stills, Nash, Gregg Allman, Trombone Shorty, Los Lobos, John Fogarty, and Edgar Winter there over the years, that I’d never seen before. I think it’s a win-win and I’d consider the Doheny Blues Festival a “bucket list” event if you haven’t already attended. You’ll be greeted with smiles and great vibes all weekend long!