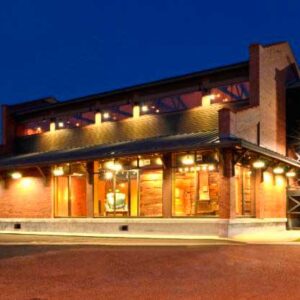 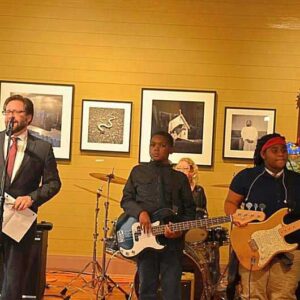 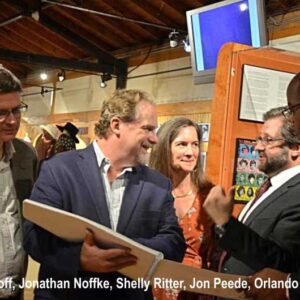 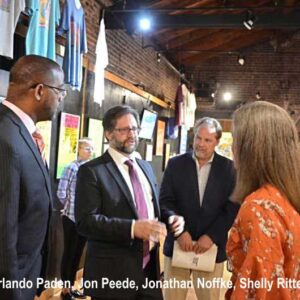 Addressing Delta Blues Museum board members, supporters, and area officials welcoming him to Clarksdale for the first time since his appointment, NEH Chairman Jon Peede of Washington, D.C. praises the DBM’s award-winning after-school program for student musicians before their reception performance.

Established in 1979 by the Carnegie Public Library Board of Trustees and re-organized as a stand-alone museum in 1999, the award-winning Delta Blues Museum is Mississippi’s oldest music museum and the nation’s first museum dedicated to the American art form known as the Blues.