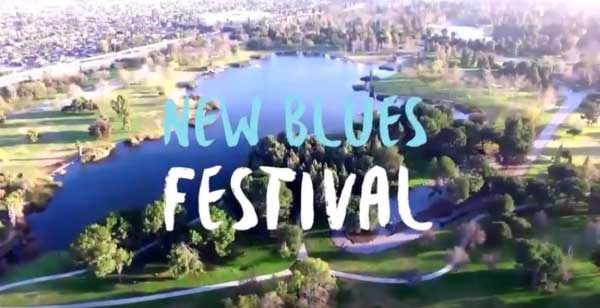 (Santa Barbara, CA) – The New Blues Festival is a Finalist for Best of the Fest Award (Best Music Festival) in the Charity category at Fest Forums. The conference and award are taking place Wednesday, November 14 through Friday, November 16 at the Hilton Santa Barbara Beachfront (formerly the Fess Parker Resort) in Santa Barbara. Winners will be chosen at a ceremony on Friday, November 16 by an esteemed Board of Advisors that includes names such as Michael Lang, Co-Creator of Woodstock Musical Concert/Promoter, Producer, and Artistic Manager; Maureen Ford, President, National & Festival Sales at Live Nation; and Steve Knopper, Contributing Editor at Rolling Stone Magazine.

The New Blues Festival is partnered with the Long Beach Blues Society (LBBS), a 501(c)3 nonprofit corporation dedicated to preserving the past and promoting the future of blues music. Festival musicians participate in LBBS programs like Blues in the Schools, Blues for Vets, and Blues for Seniors – typically in under-served communities in and around Long Beach. Blues in the Schools brings professional blues musicians into the classroom to teach blues history and music instruction, and also present concerts on the school campus that include students from the workshops on stage with the pros. Blues is a healing music, and Veterans and seniors who may feel isolated are uplifted by live blues through LBBS programs on the VA Hospital campus and local senior facilities.

New Blues Festival enters its sixth year in existence in 2019, making it one of the longest, consecutive-running festivals in Southern California. Yearly attendance has grown exponentially each year, with close to 8,000 attendees both days at the 2018 NBF this past Labor Day weekend.