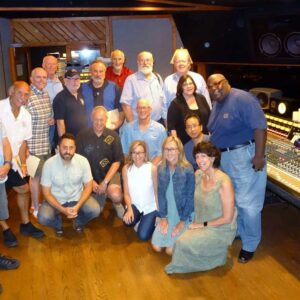 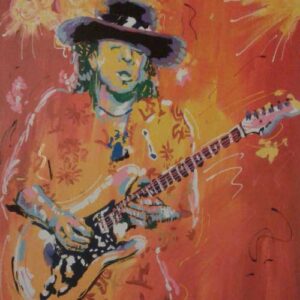 (Memphis, TN) – The Blues Foundation’s 3rd quarter board meeting was held in Austin, Texas. There was a Friday evening Austin Meet & Greet at the infamous Antone’s Nightclub. The Saturday meeting was held at Arlyn Studios where new board members were elected. Please welcome Tom Davis, Jostein Forsberg, Jackie Scott, Mark Thompson, and Rich DelGrosso, who is their Scholar Constituency Representative. Gary Paradis, Janice Johnston, and Paul Benjamin were re-elected for a second three-year term, beginning October 1, 2016.  The Executive Committee for 2016-2017 will be made up of Paul Benjamin – Board Chair, Jeff Syracuse – Vice Chair, Tom Davis – Treasurer, Scott Fitzke – Counsel, Michael Freeman, Janice Johnston and Alan Maites. Other board members remaining to complete their board service are Dexter Allen, Velma Allen, Kerby Confer, John Deck, Tony Frederickson, Tripp Hopkins, Kim Horton, Mick Kolassa, Boogie Mason, Sherry May, and Steve Suen. Also, a new newsletter appeared and it was announced that a new website should be unveiled in the late fall or early winter.

The 2016-2017Blues Music Award submission process is happening. There are three components to the submission process and you can find details here. You should do step one when the CD is released. You should do step 2 as early as possible. It is up to you to decide whether to participate in the third option, but if you do, send it in as early as you can. Be sure to send one copy of your release to The Blues Foundation, 421 South Main, Memphis, TN 38103-4464. The earlier you do this the better. What does this accomplish? It informs The Blues Foundation staff that your CD has been released. If you are a record label or blues musician who released a CD or DVD during the period November 1, 2015 to October 31, 2016, submit your release for consideration by the nominators. Your CD is eligible by the fact of its release, but it sure doesn’t hurt to add it to this list for the convenience of the nominators.

This month’s Blues Foundation auction item is a work of art by Michael Maness – Stevie Ray Vaughn – Red Hot Stevie Ray. This 24″ X 36″ artist signed giclee print immortalizes Blues Hall of Fame member, Stevie Ray Vaughan, and is the perfect addition to any Stevie Ray Vaughn Fan’s collection. To make a bid or to buy it now for $350, click on this link.