Oldest Blues Society in US celebrates its 40th March 11th 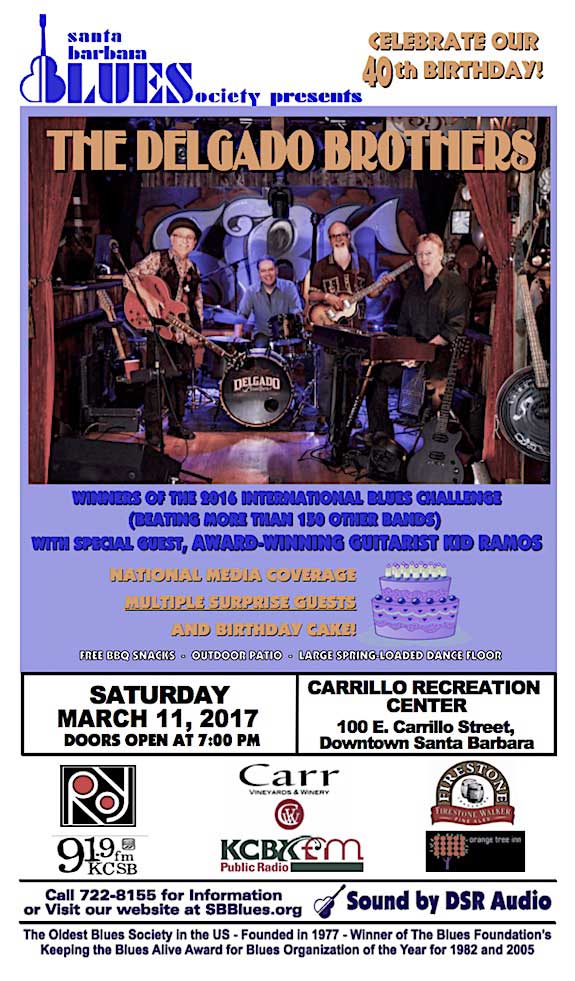 Santa Barbara, CA) – The Santa Barbara Blues Society, the oldest blues society in the US, celebrates its 40th anniversary on March 11 at the Carrillo Recreation Center (100 E. Carrillo, downtown Santa Barbara. The award-winning Delgado Brothers will perform and many special guests will be joining them including Coco Montoya, Debbie Davies, James Harmon, Kid Ramos, Roach & BYL of Cafe R&B.

Formed in 1977, the Santa Barbara Blues Society was the recipient of the Blues Foundation’s prestigious Keeping The Blues Alive award for Blues Organization of The Year in 1982 and 2005.

They’ll be many other surprises so you won’t want to miss this one! The cost is $30 for General Admission, $40 VIP (seats in front of stage and a free drink). Discount tickets for groups of 5 or more, or to guarantee admission, leave your contact information at (805) 722-8155 or email.