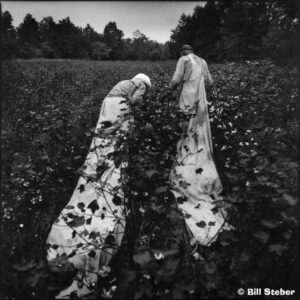 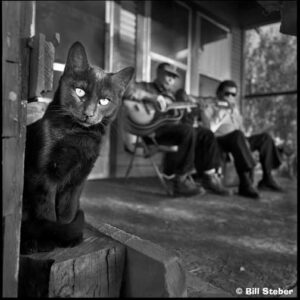 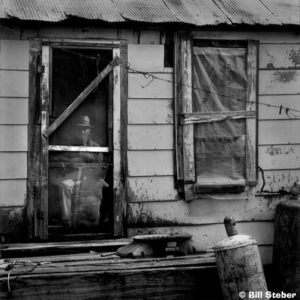 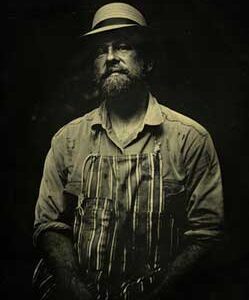 (Nashville Ledger) – Bill Steber stood at the crossroads in the Mississippi Delta and made a deal with the devil that would allow him to not only master his photographic skills but become one of the most respected documentarians of Mississippi Delta blues. And kind of make a living (or at least fashion his life) while he’s at it.

When he made this deal, Bill knew time was running out to capture on his camera the West Africa-inspired blues culture of the Delta.

“I was racing against time to photograph these places (generally disintegrating juke joints and shotgun sharecroppers’ shacks) and these people before they all were gone,” says Bill, 50 (“almost 51,” he insists).

The longtime Nashville-area journalist – born in Grinder’s Switch, home of the late Sarah Cannon’s “Minnie Pearl” character – has dedicated this most recent half of his life to making sure to capture the images of Delta blues men and women and their culture.

Well, I exaggerated more than a bit about his deal with the devil. It’s not true, he insists. Still it would help to explain how he has been able to befriend these men and women and collect their images and their living history…. quite an accomplishment for a bald, pale-skinned, white guy who traded in the constantly worn Lennon-style Greek fisherman’s cap of his newspaperman youth for a more Delta-afternoon-friendly straw fedora.

It’s not like he blended in with these battered-by-years men and women, whose hard-scrabble lives – combined with the syncopation of the music and culture brought here by their slave ancestors – gave birth to this form of music we call the blues.

Bill laughs at his own audacity in inserting himself smack-dab into this culture and achieving the trust of the people in the Third World Country that was the Mississippi Delta before the arrival of Walmart, 24-hour gas stations, casinos, Big Mac factories and other modern intrusions.

“Here’s this white boy, driving into town in a car better than theirs, with his expensive camera equipment, wanting to photograph them.

“For some reason I was able to build beautiful relationships with them,” he recalls. “I’ve never taken that gift for granted.”

The ancient bluesmen he’s been photographing and speaking with for the most part are successors of and sometimes even disciples of Robert Johnson, the iconic Delta bluesman who, according to more than one account, met a dark figure (I’ll carefully call the guy “Mr. Satan,” just in case) at the crossroads and sold his soul in exchange for becoming an unmatched blues guitarist and storyteller.

Johnson ­– who at 27 died of complications from syphilis or from strychnine-dosed whiskey proffered him by a jealous husband (depending on who you believe) – trekked from juke joints to brothels to the beds of his fans. He was the live-fast, die-young blues equivalent of country music’s Hank Williams, in that he didn’t “invent” his genre but gave it a whiskey-soaked, loin-satisfied identity.

Eric Clapton – the best-known rock-era disciple of blues guitar (who early in his career lived a life that would have made Johnson proud) – points straight to the crossroads when discussing his influences. Johnson, he said, was “the most important blues singer that ever lived.”

His memory of what he learned that day: “You want to know how good the blues can get? Well, this is it.” (It should be noted that The Stones are returning to their blues roots for their next studio recording).

The legend goes that Johnson – who sounded like an entire band when he played and sang – sold his soul at the mythical “Crossroads” to gain those skills.

Bill just laughs that off. “There’s not JUST ONE crossroads” in Mississippi, he says when asked where the satanic majesty’s deal with the bluesman went down. “There are crossroads all over the place.”

While he insists he made no deal with ol’ Lucifer, Bill did make a deal with himself to work hard to vigorously chronicle a dying breed of blues players, a generation nearing extinction, while he had the opportunity. Some of these people actually had heard and learned from Johnson. Others learned from his disciples.

Their own final journeys were “on the clock,” to borrow a phrase. Time was running out for them to be captured in words and photos before they were sent, not to a crossroads, but to repose beneath the Mississippi soil tilled by their slave ancestors.

“I started in 1992, which was when I made my first trip to the Delta,” says the photographer. “And I spent 11 years documenting what I saw and who I saw down there.

“Two or three were dead within a month of when I shot them. People were dying off so quickly that I could hardly meet people before they were gone. These are the last of the people to have known Robert Johnson, the last generation that grew up with that culture.”

These guys were not Muddy Waters, Howlin’ Wolf nor B.B. King, all of whom fled the Delta for bright lights, big cities.

They were everyday people who loved home and hearth but who also could light up the night at a road-side Mississippi dive. As anyone who has visited Mississippi will vouch, most of these dives have either been obliterated or, at the very least, stand silent and rotting beneath the unforgiving Delta sun.

Read detailed captions and the rest of this intriguing story here.

Written by Tim Ghianni for the Nashville Ledger