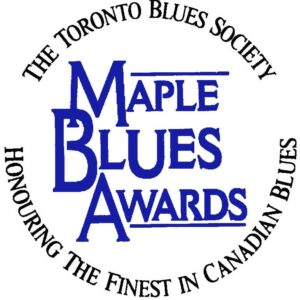 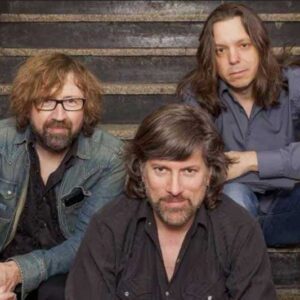 (TORONTO, ON) – Canadian blues artists from coast-to-coast were honored by their peers at the 20th Annual Maple Blues Awards gala in Toronto January 23rd as a crowd of blues lovers gathered to celebrate Canadian blues at Koerner Hall.

Other winners at the sold-out gala event were Manitoba’s Big Dave McLean for Acoustic Act of the Year, Ontario’s 17-year old newcomer Spencer MacKenzie for New Artist or Group of the Year, New Brunswick’s Matt Andersen for Male Vocalist of the Year, and Joe Bonamassa for International Artist of the Year.

Edmonton’s Cam Hayden, a long-time broadcaster on CKUA and co-founder of the Edmonton Blues Festival was presented with the Blues Booster of the Year award, a very special Maple Blues Award honouring outstanding contribution to the Canadian blues music industry.

In addition to the Maple Blues Awards, the third annual Cobalt Prize Contemporary Blues Composition Award was handed out last night to Ann Vriend for her song “All That I Can”, with runners up Michael Kaeshammer for his song “Sweet Grace” and The Harpoonist And The Axe Murderer for their song “Father’s Son”. A cash prize of $1000 was presented to Vriend with second and third place winners each receiving $250, courtesy of the benefactor The Unicorn Project.

ENTERTAINER OF THE YEAR The Paul DesLauriers Band

ELECTRIC ACT OF THE YEAR The Paul DesLauriers Band

NEW ARTIST OR GROUP OF THE YEAR Spencer MacKenzie

GUITARIST OF THE YEAR  David Gogo

DRUMMER OF THE YEAR Sam Harrisson

BASSIST OF THE YEAR Greg Morency