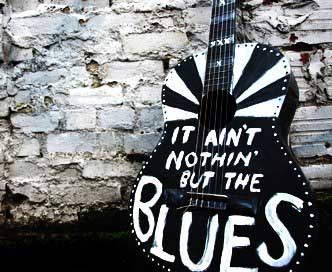 (Los Angeles, CA) – The Committee I Chair for The Recording Academy – The Blues Task Force – submitted a proposal for two Blues categories to their Awards and Nominations department earlier this year which passed The Recording Academy’s scrutiny and was ratified by the Board of Trustees in May.
Thanks to those efforts we now have Best Traditional Blues album and Best Contemporary Blues album within the American Roots category, effective immediately.

The first round of submissions opens July 1st and closes July 20th for recordings released between October 1st, 2015 and July 31st, 2016.

The Final round of submissions opens August 10th and closes August 24th for recordings released in August and September of 2016.

This exciting news and we would like to encourage all artists and labels to submit their work.

Active Members of The Recording Academy are invited to submit their recordings for GRAMMY consideration by signing in to GRAMMYPro.com during the dates listed. Click on the OEP (Online Entry Process) link and locate the RESOURCE button for the Eligibility Guidelines (Upper Left)

If any of readers are not members and have questions about how to submit their recordings, please feel to contact coachouse1@aol.com.