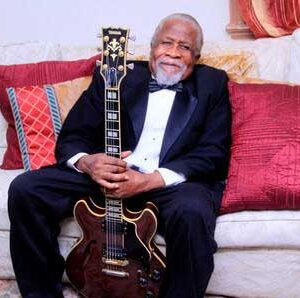 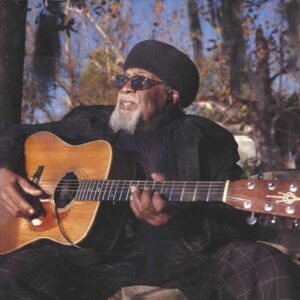 INDEX/JOURNAL – With a quick wit and a gift for rhyme, South Carolina blues artist Drink Small said his music “tells people how to live better and longer.” Also known as the “Blues Doctor,” Small is among honorees receiving the 2015 National Endowment for the Arts National Heritage Fellowship, the nation’s highest honor in folk and traditional arts. The National Heritage Fellows will be honored at an awards ceremony and free concert in Washington on Oct. 1-2, 2015.

“The NEA,” Small said, during a telephone interview with the Index-Journal, “is the top of the line. I’m super honored. This is big.”

Among his more recently written songs is “Never Too Late to Do Right.” Small said he’s also been inspired to write by the nation’s 44th president, Barack Obama and issues facing today’s youth.

“I should have been a millionaire,” Small said. “But I’m just an ordinary, but I’m here and I’m blessed.”

Many Greenwood area blues fans know of Small through his performances in association with the South Carolina Festival of Discovery, a Kansas City Barbeque Society-sanctioned event, and its related Blues Cruise.

In 2011, Small released the song “Living in a Barbecue World,” which is the Festival of Discovery’s official theme song. “People still like the barbecue song,” Small said. “Some people who eat barbecue tell me they don’t like the blues, so that song was a way for me to tap into their stomachs and their hearts.”

With his deep bass voice, gospel music roots, clever lyrics and personal philosophy, Small dubs “Drinkisms,” he has honed the Piedmont blues tradition. Small has recorded multiple albums during the course of his career.

Career highlights include in 1990 receiving South Carolina’s Jean Laney Harris Folk Heritage Award, South Carolina’s highest award for lifetime achievement in traditional arts. In 1992, he graced the magazine cover of Living Blues. In 1999, Small was inducted into the South Carolina Music and Entertainment Hall of Fame. In 2013, Small received the Bobby Blue Bland Ambassador for the Blues award from the Jus’ Blues Foundation.

Small has played major blues festivals across the country and at blues clubs across the Palmetto State, including some long gone where legendary artists played, among them the Corporal Club in Greenwood, Hillside Club in Cokesbury and Jackson Station in Hodges.

According to biographical information, Small grew up in a family of singers and musicians and taught himself guitar. After high school, he played guitar with a gospel group The Spiritual Aires, even performing at the legendary Apollo Theater in Harlem and touring with Sam Cooke.

Small is the subject of a biography authored by Gail Wilson Giarratano titled Drink Small, the Blues Doctor: Me, Myself and I, and he is to be featured in several other forthcoming books about the blues.