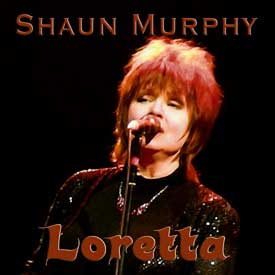 Coming off 15 plus years as the only female lead singer with Little Feat, she jumped right into recording a number of great Blues discs. This 12 track disc showcases Shaun’s range and vocal abilities, as one reviewer put it, “she can go from a whisper to a scream in seconds flat!”

This CD has a couple of thought provoking mid-tempo and slow songs and there are a number of fire-in-the-belly tunes that show a completely different side of her, rockin’ the Blues for all it’s worth! Two such juxtapositions are the title track, “Loretta,” a tale of a gal gone wrong and “Strange Life,” an internal heart-wrenching story of a life cut short.

Those of you who know Shaun have seen her work with Eric Clapton, Bob Seger, Moody Blues and Bruce Hornsby. Presently, you can catch her on tour with Bob Seger at least till the end of March.