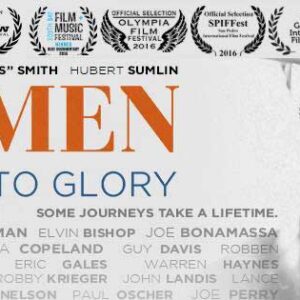 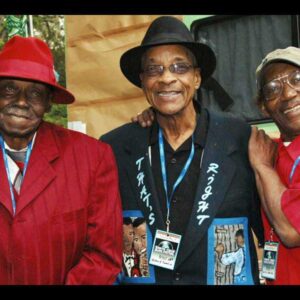 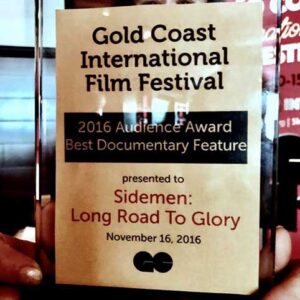 On January 30, 2017 a Kickstarter campaign for the blues documentary, Sidemen: Long Road To Glory will be publicly launched. The purpose of this campaign is to raise the funds necessary to pay for the licensing of the music used in the film, in order to get the film into distribution. We need your support to do this, both financially and in other ways, which I will get to shortly.

I have been involved with this great film for almost seven years. The movie is the story of blues legends Pinetop Perkins, Hubert Sumlin, and Willie “Big Eyes” Smith. But, it didn’t start that way. It started off as a live concert document, inspired by the likes of The Band and Martin Scorsese’s The Last Waltz. Unfortunately, there could have been no foreseeing the death of these three gentlemen within eight months of each other in 2011.

This derailed the project in a variety of ways, not the least being the extreme personal burden on director/writer/producer Scott Rosenbaum, who lost not three documentary subjects, but three very dear and close friends with whom he had been traveling, living, and working with for several years. My real involvement with the film really began with a series of conversations, texts, and e-mails between myself and Scott as he worked for almost a year trying to figure out not just what to do with a half-finished film, but whether the film should even live on, or be discarded.

Ultimately, it was determined that in tribute to the lives lived by these great men, that their stories must be told, and that the show must go on. I connected Scott with my friend, record producer/bassist Fabrizio Grossi, and together we all worked hard to amass an incredible list of artists willing to be a part of this film. The film segued from live concert document into an incredible telling of three life stories, stories that anyone would love to watch – this is a music documentary, but it is also a very moving tale of humanity that would move any viewer. One that ends not with the deaths of some legends, but with a path and template for both the blues and its players moving forward.

The film is completed, and played very well on the summer film festival circuit, winning many awards, citations, reviews, and accolades. It made it to the finish line, and now it must make it to market, and onto screens.

Rock Guitar Daily is something which has been very near and dear to my heart for almost ten years. I’ve written well over a thousand interviews, reviews, gig reports, and various sundry features – a labor of love by any measure, one that was motivated by my love of music and musicians. I’ve never sought to monetize this blog, I have only used it to support the music I love, and also to build relationships for myself (both within the industry and with readers, listeners, and other music lovers). It has always been my policy to support what I love, and to avoid negativity. I’ve found that I do not have the time to support everything I like, so why would I burn up energy and time with things I didn’t like? Millions of eyes have read these pages, and hopefully the hundreds of musicians, bands, acts, and artists I’ve covered have benefitted from the work I have done.

Now, it is time for me to ask something from you. Of course, the first thing I must ask for is your financial support for this campaign when it begins on January 30, 2017. Let’s not try to fool anyone, this is all about raising money to get this film onto screens. This is not just a great film, it’s an important film. It gets down to the true grassroots, it’s all about the love of this great music, and these great men. Your cash donations will be what takes the movie to the next level. But that’s only just the beginning. I’m asking for this support as a friend, not because I feel we are owed anything.

As vitally important as the money is the support you can show for the film and its makers in the way of sharing our message with your social circles. Without you reaching out along with us, we will not be able to make this happen. So, we need your help – a lot of it. Please join our sites on Facebook, Twitter, and share our links and announcements when you see them. One person, one vote? No, much better than that, your voice can reach those we have no access to, and you can help us in a very visceral way make this film happen for the world – your vote can win us hundreds of new friends and supporters that we really need to help this succeed.

The Sidemen: Long Road To Glory Kickstarter campaign goes live on Monday, January 30th. You’ll be able to find the campaign via the Kickstarter website, the film’s website, or on our social media sites (see above).

Our team has developed a wonderful Kickstarter campaign, and we’ve got some fantastic perks lined up. Original artwork, autographed Custom Build guitars from Thin The Herd Guitars, posters, t-shirts, copies of the movie, and tremendous bundles of packages to reward your kind and generous help.

I’d like to thank each and every one of you reading this in advance for any consideration of help you can give us. Getting this film to market is just the beginning, but it is something we need to make happen before we can move on to the future, and we absolutely cannot do it without your help, and for that help we humbly thank you all.