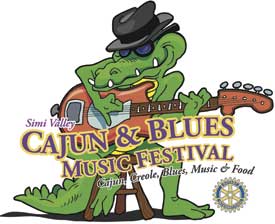 SIMI VALLEY, CA – The 26th Simi Valley Cajun & Blues Music Festival will fill Memorial Day weekend with an outstanding lineup of Cajun, Zydeco, Creole, Blues and Roots music with simultaneous performances on two stages both Saturday and Sunday, May 23rd and 24th. On Sunday the Cajun & Zydeco stage is presenting an all Louisiana lineup featuring Dwayne Dopsie & The Zydeco Hellraisers; Terrance Simien & The Zydeco Experience; The Magnolia Sisters; Jeffery Broussard & The Creole Cowboys and Curly Taylor & Zydeco Trouble. Tickets are $25 at the gate. Discount single day tickets of $20 weekend passes for $35 are available only online: www.simicajun.org 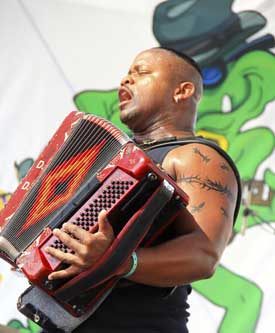 Dwayne Dopsie & the Zydeco Hellraisers have been rated one of the “Top 100 Reasons to Visit Louisiana.” Dwayne (Dopsie) Rubin hails from one of the most influential Zydeco families in the world. Although inspired by tradition, he has developed his own high-energy style that blazes a new path for 21st century Zydeco music. Dopsie and the Hellraisers have played throughout the world since Dwayne debuted the band at age 19. First appearing at the Simi Valley Cajun & Blues Music Festival in 2014, Dopsie’s set was such a big hit that he’ll return in 2015 and will on both the Cajun/Zydeco and blues stages.

For over 30 years, 2 time GRAMMY award winning artist Terrance Simien, 8th generation Louisiana Creole, has been shattering the myths about what his indigenous Zydeco roots music is and is not. Leading his Zydeco Experience band, Simien has become one of the most respected and accomplished artists in American roots music today. He and his band mates have performed over 7000 concerts, toured millions of miles to over 45 countries during their eventful career. 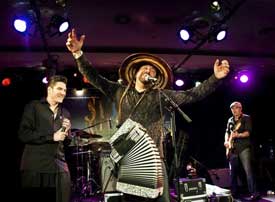 2014 marked another milestone when Simien & his collaborators from the Zydeco Experience band were honored with their second GRAMMY awary in Los Angeles on January 26, 2014 at the Nokia Theatre. 2014 was their 28th consecutive New Orleans Jazz Festival performance: an event that has become the gold standard for showcasing and celebrating all Louisiana music traditions.

We are thrilled to have Terrance Simien & The Zydeco Experience performing on our Cajun/Zydeco stage for the first time. They will be appearing on the Cajun & Zydeco stage Saturday, May 23rd and Sunday, May 24th. 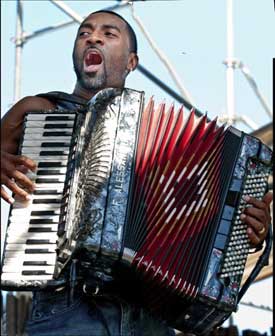 Curley Taylor’s bluesy, soulful vocals and the band’s hard driving Zydeco beat blend to create high-energy dance music for all audiences.  Curley’s music is true to its roots in Zydeco and Blues, but contemporary enough to appeal to a broad range of music lovers.  Curley Taylor and Zydeco Trouble tour extensively throughout the US, playing festivals and clubs from New York to San Diego and from Florida to Seattle. Often playing to audiences who have never heard Zydeco music before, they make fans wherever they go.  When at home in Louisiana, you can find Curley in the studio working on his latest CD, or playing in one of the local clubs around the Lafayette/Opelousas area to the delight of his hometown fans.

Curley Taylor and Zydeco Trouble return to the Simi Valley Cajun & Blues Music Festival after last appearing in 2013. They are appearing on the Cajun & Zydeco stage on Sunday May 24th when all the performers will be from Louisiana.