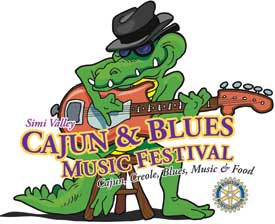 SIMI VALLEY, CA – The 26th Simi Valley Cajun & Blues Music Festival will fill Memorial Day weekend with an outstanding lineup of Cajun, Zydeco, Creole, Blues and Roots music with simultaneous performances on two stages both Saturday and Sunday, May 23rd and 24th. Both stages are dancer friendly with large, shaded outdoor wooden dance floors. The variety of performers ranges from 82 year old Leo “Bud” Welch who cut his first album at 81 to the all female Cajun band, The Magnolia Sisters. 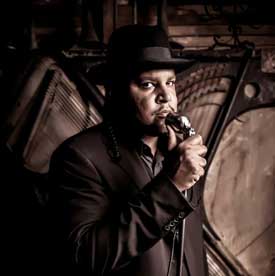 Shouting, moaning, stomping, shuffling and hollering, Reverend Tall Tree plays original Blues and American Roots music in the tradition of Little Walter, Howlin’ Wolf, Bo Diddley, and others. The debut album by Reverend Tall Tree will be released on March 10, 2015 on Nine Yards Records/ADA with touring to follow. The band is headed by Reverend Tall Tree (also known as singer/songwriter Chris Pierce), who is an internationally acclaimed singer, songwriter and performer. In addition to his own headlining tours, he has opened worldwide shows and tours for such artists as B.B. King, Al Green, Toots and the Maytals, Seal, Aaron Neville, Beth Hart, Robert Cray, Blues Traveler and Jamie Cullum. His voice and music have been heard in numerous films including Soul Men and the Oscar award winning motion picture Crash and has been licensed by such T.V. shows as True Blood, Grey’s Anatomy, Brothers and Sisters, Single Ladies, Eli Stone, In Plain Sight, Dawson’s Creek and Army Wives.

This is Reverend Tall Tree’s first appearance at the Simi Valley Cajun & Blues Music Festival. He will be performing on the blues stage on Sunday, May 24th. www.reverendtalltree.com 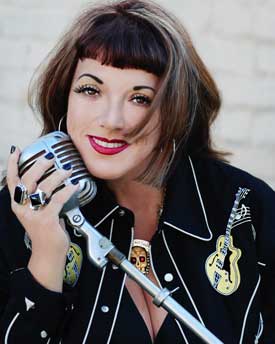 Candye Kane cut her musical teeth in the early 80’s onstage with Hollywood musicians and friends, Social Distortion, Dwight Yoakum, Dave Alvin, The Blasters, X, Fear and Los Lobos to name just a few. Her fans are a mixture of true outsiders: bikers, blues fans, punk rockers, drag queens, fat girls, burlesque dancers, porn fans, sex workers, rockabilly and swing dancers, grey haired hippies, and everyday folk of all ages. Her live shows are the stuff of legend – she belts, growls, shouts, croons and moans from a lifetime of suffering and overcoming obstacles. Kane’s performance is Mississippi by way of Las Vegas with a quick stopover in San Francisco.

This is Candye Kane’s second appearance at the Simi Valley Cajun & Blues Music Festival. She will be performing on the blues stage on Sunday, May 24th. www.candyekane.com 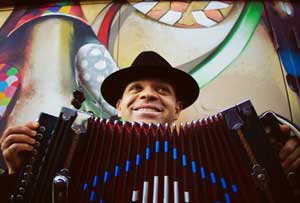 Andre Thierry is a phenomenal talent who has been capturing the attention of other musicians and music lovers since he was a toddler. Andre’s French Creole heritage is deeply rooted in Louisiana although he was born and reared in northern California. Andre Thierry and Zydeco Magic with the West Coast Blues Hall of Fame award for “Best Zydeco Group” in 2008. Andre continually raises the bar for Zydeco musicians worldwide. At only 33 years old, he is already a legend. There is widespread agreement that he is an exceptional multi-dimensional musician who has a finely-honed ability to merge traditional Zydeco music with hip-hop, blues, jazz and rock. Building from his love and respect for traditional Zydeco, his original music is a blend of old and new.

We welcome him back to the Simi Valley Cajun & Blues Music Festival where he always puts on a spectacular performance. Andre is appearing on the Cajun & Zydeco stage Saturday, May 23rd. www.andrethierry.com

Tickets for the 26th Simi Valley Cajun & Blues Music Festival are $25 per day at the gate for adults ages 13 and above (kids 12 and younger are free). Discount single day tickets are available on line for $20 and a two day pass for $35 is available only on line. www.simicajun.org

Exclusive Event… The European Blues Cruise! MerleJam at Knuckleheads May 2nd plus Raffle Chance for a Cabin on Legendary Rhythm & Blues Cruise