Sonny Landreth, Shana Morrison, and Thursday Night Magic at Gator By the Bay 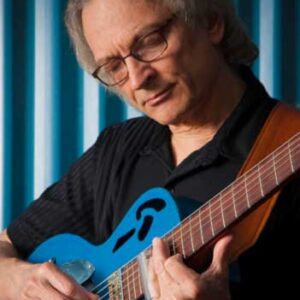 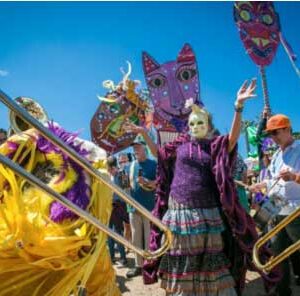 (SAN DIEGO, CA) – Because there’s no such thing as too much outstanding music, San Diego music festival Gator By the Bay added a Thursday night kick-off concert to its schedule a few years back. The Thursday concerts became an instant success, featuring internationally known artists, enjoyed in a more intimate, laid back atmosphere. On May 10, the tradition continues when Gator By the Bay proudly presents world-renowned, Louisiana-based slide guitarist, Sonny Landreth as the evening’s headliner. Taking the slot before Sonny will be Shana Morrison and Caledonia and opening the eclectic evening will be the gypsy jazz group, Zzmzzy Quartet.

The twice Grammy-nominated and multiple Blues Music Awards winner Sonny Landreth released his first live album in 12 years last June. Live in Lafayette, is a 90+ minute two-disc production recorded during three separate performances in Landreth’s home area of Lafayette, LA. One disc encompasses a wholly acoustic set, the other wholly electric. Of the album that won him his second Grammy nom, Landreth says, “It just seemed like the right time for a retrospective, and to reinterpret some of my favorite songs. And, after all the time I spend on the road, I was excited to bring it all back to my neighborhood. The area has been my home for 60 years, and it always inspires me—the music, the food, the culture. I don’t get to be home much, but when I am, it is my leveler, where I recharge my batteries, and I think this album, that I made with several Lafayette musician friends, reflects that.”

Sometimes called “The King of Slydeco”, a moniker that pays tribute to the zydeco influences in his unique guitar stylings, Landreth cut his musical teeth in The Red Hot Louisiana Band of zydeco king Clifton Chenier. “The fact that I grew up in Southwest Louisiana, where music is such a big part of the culture, and the music is so diverse, was a major factor in developing my style. Somehow I was able to articulate it all, and pool all the influences together, with a slide guitar,” Landreth notes. “Since I was a little kid, the sound of the guitar enthralled me, but I actually started out playing trumpet. Then, at 13, I switched to guitar, but that early trumpet experience helped me come at the guitar with a different perspective.”

Sonny Landreth has played in San Diego numerous times – “I love it there and always welcome any opportunity to come back”– but Gator By the Bay is a first for him. “I’ve heard about the festival for years, many of my fellow musician friends have played it and thoroughly enjoyed the experience,” he adds. “I really wish I could stick around for the whole weekend and soak it all in, maybe jam with some people, but unfortunately I have to fly right out for other gigs.”

Shana Morrison’s musical style has been called pop with a side of blues and a side of rock, and maybe some country, R&B or jazz thrown in for good measure. She began showcasing her unique and wide-ranging voice as a vocalist in the band of her legendary father, Van Morrison, and then formed her own group, Caledonia, in the San Francisco Bay area in 1996. It’s been good times ever since.

“I’m so looking forward to kicking off the festivities at Gator By The Bay on Thursday,” she enthuses. “It will be my first time playing the festival and I’m imagining ‘Jazz Fest of the West’, dancing to Sonny Landreth, Earl Thomas, and Rod Piazza with a plate of crawfish in one hand and a sweet tea in the other!”

She says her show will include covers of such blues greats as John Lee Hooker, Sonny Boy Williamson, Sonny Terry and Brownie McGee, as well as pay tribute to soul singers Jackie Wilson, Teddy Pendergrass, and Bill Withers.

“Of course, we will also be playing original material that leans toward Rhythm and Blues and topping it all off with a nod and a wink to my dad,” Shana adds.

San Diego’s Zzmzzy Quartet plays its gypsy jazz old-school style: unamplified, melodic, swinging, dreamy, and full of sly surprise. The gypsy sound is heard in much of the guitar work, but the group also pays tribute to the Swing Era with classic standards and idiomatic originals.

Gator By the Bay runs May 10-13 at Spanish Landing Park, across from San Diego International Airport. With over 100 performances on seven stages, there is something for every musical taste. Blues lovers will want to definitely check out Mr. Sipp, playing Saturday at 3:10pm, and Carolyn Wonderland, playing Sunday at 2:20pm.

Mr. Sipp aka “The Mississippi Blues Child,” is gospel-guitarist-turned-bluesman Castro Coleman. In 2014 he won the International Blues Challenge and was given the Bobby Rush Entertainer of the Year Award by the Jus’ Blues Foundation. He won the Albert King Gibson Guitar award, and, in 2015, several Jackson Music Awards including International Male Blues Artist, Blues Artist of the Year, and Entertainer of the Year. He was the 2016 BMA Best New Artist Album winner, and The Spirit of Little Walter Award.

Carolyn Wonderland is a musical force, equipped with the soulful vocals of Janis and the guitar slinging skills of Stevie Ray. Along with the guitar and the multitude of other instruments she plays, Carolyn has co-written with such fellow Austin locals as Marcia Ball, Ruthie Foster, and Cindy Cashdollar, sat in with Los Lobos, Levon Helm, Vintage Trouble, Robert Earl Keen, and Ray Wylie Hubbard, and toured relentlessly for the past two decades.

The complete festival schedule, ticket info, and everything else can be found on the website,

and on the Gator By the Bay app, available free for download on all your devices.