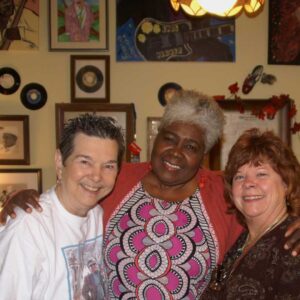 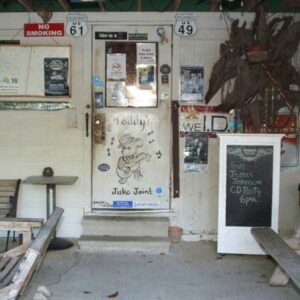 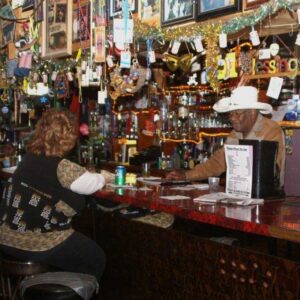 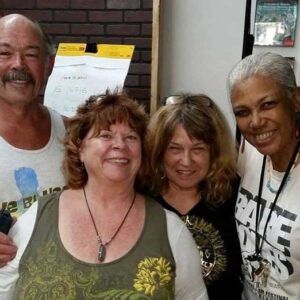 Our sales director Cheryl O’Grady Yearnshaw and her blues lovin’ husband Tom wrap up their journey through the Delta on their way home to Carson City, Nevada..

She continues to receive standing ovations and performs nationally and internationally. Her manager, Marcia Weaver, received the “2014 Manager of the Year, Keeping the Blues Alive Award” from the Blues Foundation.

Marcia Weaver is also the proprietor of the Poindexter Park Inn. This is definitely a funky bed and breakfast inn and the interior is decorated with blues memorabilia (records, photos, artwork and historically documents, etc,). Marsha is extremely knowledgeable about blues history in and around the Jackson area and a stay at the Inn will take you back in time and you definitely feel the music all around. Dorothy Moore has a wall dedicated to her that includes photos, music and achievements. If you’re trying to learn about blues history this is the place to stay. Both Tom and I enjoyed listening to both of these ladies speak about the blues and the impact it had on their community. It was a real treat to meet with these special ladies. (photo L-R: Marcia Weaver, Dorothy Moore & Cheryl)

ZACHARY, LA – As we traveled through Louisiana we stopped in to say hi to Nancy and Teddy at Teddy’s Juke Joint in Zachary , LA. Zachary is just East of Baton Rouge on the Old Scenic Highway and the club is tucked back from the road.

Teddy’s Juke Joint was once a little shotgun house where Teddy was born and then Teddy and Nancy turned it into a juke joint in 1979. As you can see from the picture above the walls are covered with photos, posters, records, bar signs, Mardi Gras masks, beads and a collection of souvenirs folks have given them. The numerous posters indicate a who’s who of blues musicians who have played at Teddy’s.

Teddy continues to have live music 2-4 days a week and Eden Brent played there November 2. If you’ve never seen Eden Brent take the opportunity and you will not be disappointed since she is a powerhouse. Teddy still spins records on the other nights so there is always blues at Teddy’s Juke Joint. Nancy ‘s kitchen is open everyday and although we didn’t eat we’ve heard the food is great.

Teddy greeted us with his infectious smile and made us feel right at home. He was eager to share the history of Teddy’s Juke Joint and we were eager to listen. While we were listening our eyes wandered around the room taking in the ambiance. It is a living, breathing museum. After spending time with Teddy and Nancy it was time to say goodbye and head back on the road. We were so glad to get a first hand peek at this historical juke joint and we will be back.

MUSGOGEE, OK – We popped into Studio B Film Studio while visiting Musgogee, OK. There we met ShIronbutterfly Ray and her husband Oscar, owners of Studio B. In addition to owning the film studio and shooting films they are also actors and put on the Bare Bones International Film and Music Festival in April in Musgogee, OK. Selby Minner was honored this year as a Blueswoman, Artist and Founder of the Oklahoma Blues Hall of Fame at the festival. We had fun seeing all the props, film equipment and their actor dog that was full of personality.