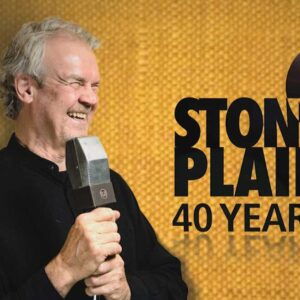 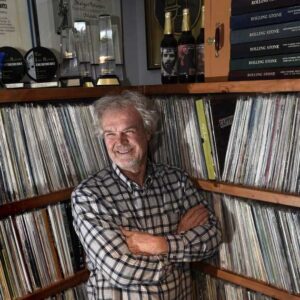 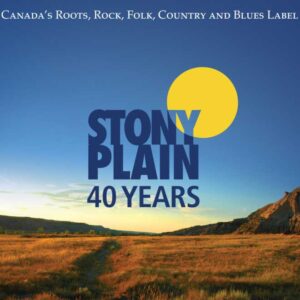 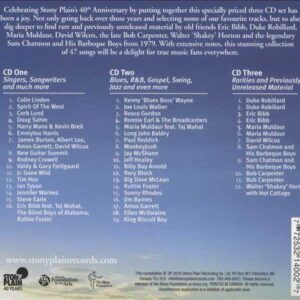 (Edmonton, Alberta, Canada) – 2016 marks the 40th Anniversary of one of Canada’s longest surviving independent record labels. Stony Plain Records has been recognized worldwide for its consistent, high quality roots and blues releases. A three volume set, Stony Plain 40 Years, celebrates with some of the label’s favorite tracks, including one full CD of rarities and previously unreleased music by artists like Eric Bibb, Maria Muldaur, Duke Robillard and Sam Chatmon. Stony Plain was named “2014 Record Label of the Year” by the Blues Foundation in Memphis. Add to that 6 Grammy nominations, 11 Juno Awards and dozens of Blues Awards and Maple Blues Awards.

“As I write, I realize that this is the seventh time that I’ve written this opening sleeve note for a collection of music tracks for a Stony Plain Records compilation,” states Flohil.

“What’s ‘new’ in the history of this unique Canadian roots music label? Answer: Not much — except, amazingly, that Stony Plain’s still here, still releasing new music. And that it’s the oldest independent record company (in Canada) that’s persevered for four decades with the same ownership.

“Every five years, starting with the label’s 10th anniversary, Stony Plain has released a compilation of new and old material from the vaults. And every five years, an opening sleeve note introduces (or re-introduces) the Stony Plain story to the people who are listening to the music.”

Recognized worldwide for its consistent quality roots and blues releases, one of Stony Plains early fans was legendary Atlantic Records music producer and label executive Jerry Wexler, who singled out the independent label for praise.

“The Independent Label is the soul of the record biz; on one hand the fount and nurturer of the new and untested, the eschewer of the Commercial Compromise,” said Wexler. “On the other, it is the Enunciator of the Gospel of Low Overhead. Behold the Stony Plain catalogue, not large but lapidary, and wonder how (Holger Petersen) has done it with such small staff. And he always returns my phone calls. He has a wonderful label, he presents wonderful music, and I congratulate him.”

Stony Plain Records has earned 6 Grammy nominations and a shelf full of Canadian accolades, including 11 Juno Awards, some 20 Maple Blues Awards, and Canadian Country Music Association awards as well. The Blues Foundation named Stony Plain as the 2014 label of the year, and Holger Petersen as broadcaster of the year in 2008. This year, he marks his 30th year as the host of Saturday Night Blues, nationally broadcast every week on CBC Radio; he also continues to host Natch’l Blues each week on CKUA after 47 years.

“Since 1976, Stony Plain has reflected its owners’ eclectic tastes, survived, and continues to release vibrant, substantive music,” Richard Flohil writes. “The label’s genesis goes back a little further than that — Petersen has been a music addict since he was a little kid, and his enthusiasms have led him (often simultaneously) in a variety of different directions.

“Petersen’s also earned two honorary doctorate degrees from Athabasca University and the University of Alberta, and — most important of all — was inducted into the Order of Canada, the country’s highest civil honor, for his services to Canadian culture in 2003.

“Having released more than 400 albums since the label began at the kitchen table of a suburban Edmonton house, Stony Plain continues to flourish. Amid dire predictions of recorded music’s demise over the years, Stony Plain is still here, thanks to the determination and enthusiasm of the people that founded the label and those who work there. And Holger Petersen, at 66, is still having fun and still finding artists and music and songs that turn him on and which he thinks will appeal to people who care about the roots of popular music.”